ARE YOU READY FOR A SECOND HELPING? 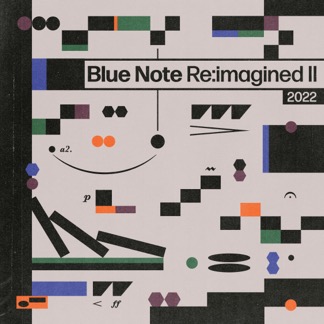 After the global critical acclaim heaped upon ‘Blue Note Re:imagined’ compilation, the iconic jazz label’s 2020 showcase for the UK’s rising jazz and urban stars, the Don Was-headed company has, perhaps inevitably, commissioned a sequel compilation to be released on September 30th 2022.

A taster from the album comes in the shape of a single, a cover of drummer/bandleader Chico Hamilton’s ‘The Morning Side Of Love’ by the soulful South London singer, Ego Ella May.

Says Blue Note’s head honcho Don Was: “For more than eight decades the artists of Blue Note Records have continually pushed the envelope of contemporary music, and ‘Blue Note Re:imagined II’ once again honors that legacy by letting the UK’s most creative young artists reinvent the treasures of the Blue Note catalog through their own lens.”

‘The Morning Side Of Love’ is out now. ‘Blue Note Re:imagined’ comes out on September 30th.