ARCHIE SHEPP – NEW ALBUM DUE AND LONDON GIG IN NOVEMBER 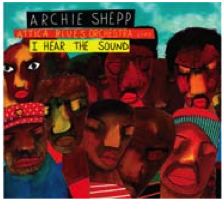 The album is released in the UK to coincide with Shepp’s Attica Blues Orchestra gig at London’s Barbican Hall as part of the EFG London Jazz Festival.

For more info go to: barbican.org.uk