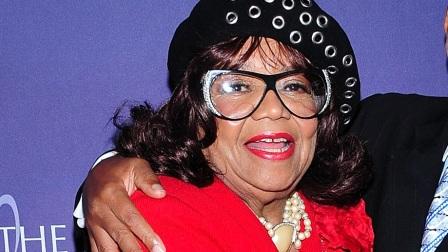 ANNA GORDY GAYE, the ex-wife of Marvin Gaye and older sister of Motown founder Berry Gordy, died on Friday 31st January in Los Angeles. She was 92. Reports say that Anna died at home from natural causes.

Anna was born in Milledgeville, Georgia in 1921. One of eight children, she relocated to Detroit with her family, where, in 1958, she set up Anna Records with sister Gwen and Billy Davis. The Anna Records artist roster included, David Ruffin, Marvin Gaye and Joe Tex but the company ceased operations in 1961, with Anna Records artists’ roster merging into brother Berry’s burgeoning Tamla empire.

In 1964 she married Marvin Gaye and they had one child together –Marvin Pentz Gaye III. The couple divorced in 1977 and Anna never remarried. Gaye fans will know that Marvin’s 1978 album, the angst-charged ‘Here My Dear’, was recorded as part of a financial settlement for his ex-wife

During Motown’s heyday Anna instigated the Artist Development class (later becoming its president) and she was also a respected label staff writer – contributing songs for ‘What’s Going On’ and working on the lovely ‘Baby I’m For Real’ for the Originals.

Despite the bitterness of their divorce, Gaye and Anna found a measure of reconciliation in the 80s and she began attending release launches of Marvin’s subsequent works. The couple remained friends up until the death of Marvin Gaye in 1984. Indeed, Anna, and Marvin’s three children, spread Marvin’s ashes near the Pacific Ocean following his cremation.