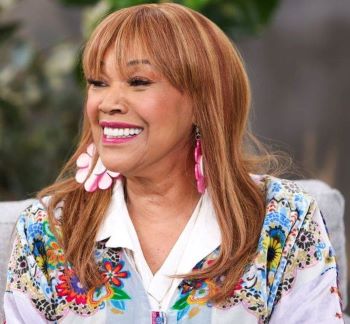 Singer ANITA POINTER died yesterday, Saturday 31st December. She was aged 74 and  reports suggest she had been battling cancer for some time. Reports added that Anita died surrounded by her family at her Beverley Hills home in California. A family statement said: “Heaven is a more loving beautiful place with Anita there.”

Hailing from Oakland, California, The Pointer Sisters began as a duo – with sisters Bonnie and June performing as ‘The Pointers – A Pair’. Anita was soon to join and now as The Pointer Sisters  they first signed  to Atlantic. One of their early Atlantic singles, ‘Send Him Back’ becoming popular on the Northern scene. By 1973 the sisters became a quartet when Ruth joined. Signed to Blue Thumb, they scored a hit with a version of Allen Toussaint’s ‘Yes We Can’ on which Anita took lead. Oddly, maybe, in 1975 they won a Grammy for best Country Performance with their song, ‘Fairytale’.

Bonnie Pointer left for a solo career in 1978 and the remaining trio went on to enjoy success in the 80s with hits like ‘Jump’, ‘Slowhand’, ‘Automatic’ and ‘I’m So Excited’. ‘Jump’ and ‘Automatic won the Pointers two more Grammys while ‘Jump’ won renewed popularity when it was featured in the movie ‘Love Actually’. Girls Aloud also covered the song and their version was originally intended for the movie but in the end the film’s producers opted for the then better known Pointers’ version. Oddly the Girls Aloud cover was used in the closing credits becoming a no. 2 UK pop hit.

Though still officially a member of the group, Anita released a solo album in 1987, ‘Love For What It Is’ and anoraks believe she recorded an earlier solo set for ABC which was never released.

Anita retired  from the Pointers in 2015 because of ill health and in 2020 she published ‘Fairytale: The Pointer Sisters Family Story’. In 2021 health issues forced Anita to pull out of appearing on the US version of the Masked Singer.  Sadly her  personal life was marked by tragedy. In 2003, her only child – Jada Pointer – died from cancer aged just 37. She went on to raise her granddaughter Roxie McKain Pointer. Sister June died in 2006 due to cancer while Bonnie died in 2020.

In their statement, Anita’s family added that they  were  “comforted in knowing she is now with her daughter Jada and her sisters June & Bonnie and at peace”.