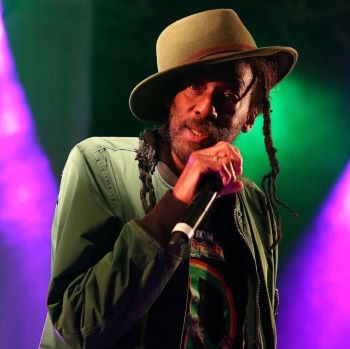 Celebrated reggae drummer/vocalist  ANGUS GAYE died on Friday 2nd September aged 62. No further details are currently available. Angus, known affectionately as “Drummie Zeb” was one of the mainstays of ASWAD. The band’s social media posted: “It is with deepest regret and profound loss that we have to announce the passing of our brother Angus ‘Drummie’ Gaye. Drummie was the lead vocalist for the iconic band Aswad and is much loved and respected by both family, friends and peers alike,”

Gaye formed Aswad with Brinsley “Dan” Forde and Tony “Gad” Robinson and in 1970 they became the first reggae band to sign  with a major, international label, Island. The  band released 15 albums but will forever be remembered for their huge hit ‘Don’t Turn Around’ – reggae for sure but with a catchy soulful/pop undertow.

Aswad also contributed to the Free Nelson Mandela campaign with their single ‘Set Them Free’. Gaye also worked as a producer most notably with Ace Of Base.