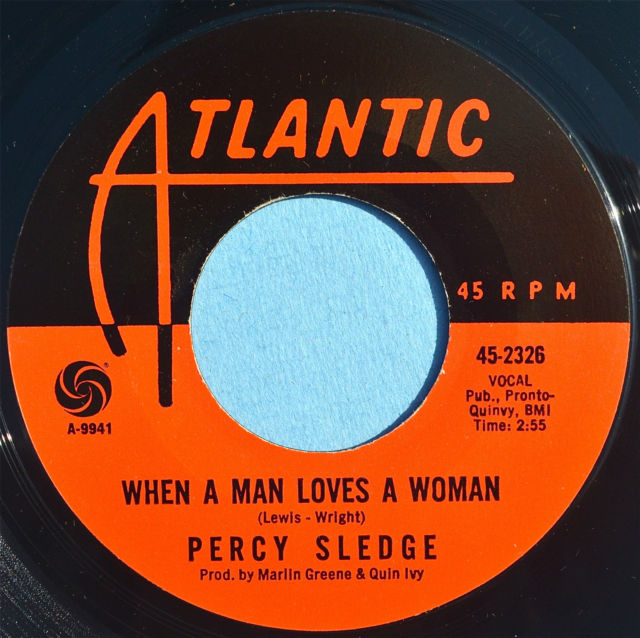 Southern soul song writer, ANDREW WRIGHT died on Saturday May 30th in Florence, Alabama. Wright is best known as the “co-author” of the Percy Sledge smash hit, ‘When A Man Loves A Woman’ and with a bitter sense of timing his passing comes just months after Sledge’s death.

There are few details on Wright’s death or indeed his post ‘When A Man Loves A Woman’ career. What is clear, though, is that there had always been an ongoing dispute about the authorship of the soul standard. The song, of course, was famously recorded down in Muscle Shoals and though label credits show Andrew Wright and Calvin Lewis as the authors, Sledge long insisted he played a crucial role in its creation. In one interview the singer said: “I hummed it all my life, even when I was picking and chopping cotton in the fields.”

At the time of the record’s creation Percy Sledge was a hospital orderly but at night he gigged with a band called The Esquires (sometimes referred to as The Esquires Combo), of which Wright and Lewis were members. Wright was the band’s organist and he consistently said that he wrote the song at high school and that Lewis later helped him to develop it. Sledge always gave a different slant to things. he says he wrote it but, for reasons never best explained, “gave it away” to Wright and Lewis.

I guess we’ll never know the truth. Maybe it’s best to say that Wright and Lewis helped to craft the song but that Percy Sledge truly owned it.