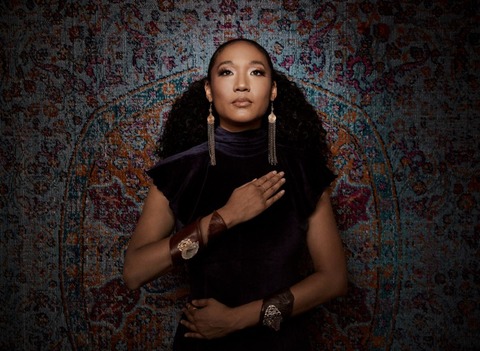 Followers of the more esoteric end of soul and R&B will be well aware of JUDITH HILL. The one-time Prince protégé, (Prince produced her debut album) has carved herself a niche for the provocative and challenging and her latest single, ‘Americana’ follows that very trajectory.

The funky, bass-heavy tune is the lead single from Ms Hill’s upcoming album, ‘Baby I’m Hollywood’ which is due February next year. ‘Americana’ carries a powerful message which is underlined in the accompanying video that Judith has just made available. In the footage, the singer plays the roles of several characters … amongst them an African warrior, a 50s service worker and Western vigilante.  Judith says the characters all represent a piece of American heritage. In each scenario, she is trapped or criminalized for her “otherness” and essentially each character is a fugitive trying to escape the social restrictions and injustices of America. The question is: what does it feel like to not belong? Judith adds: “We are living in a time where deeply-rooted racism and xenophobia are being exposed. In order to create a more inclusive society, we must first understand the struggles of the minority community. ‘Americana’ is an aggressive emotional reaction and a cry for change.”

JUDITH HILL’S ‘Americana’ is out now.