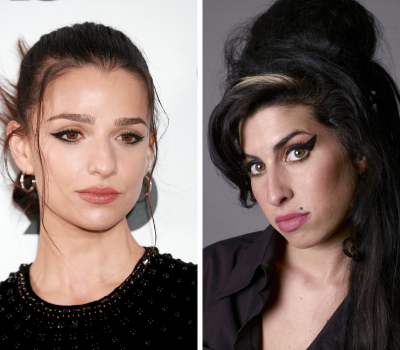 Film company Studio Canal Productions have just announced they are to begin filming an AMY WINEHOUSE biopic. The movie, with the working title, ‘Back To Black’, will star Marisa Abela (above, left) in the Winehouse role. TV watchers will be familiar with Ms Abela via her role in the BBC 2 drama ‘Industry’.

The film has been written by Matt Greenhalgh and will be directed by Sam Taylor Johnson who says “Amy was a genius. As a film maker you really can’t ask for more”.

‘Back To Black’ is a co-production between Studio Canal, Focus Features and Monumental Pictures.