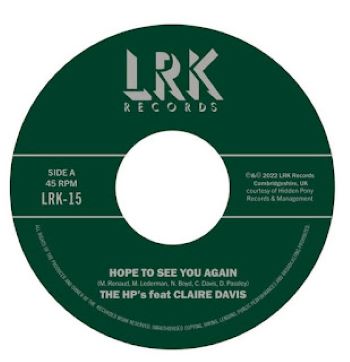 Latest release from Liam Kenney’s boutique label LRK features a band called The HPs. The group hail from Hamilton, Canada and is marshalled by drummer “Parkside” Mike Renaud who also founded and runs the Canadian music company Hidden Pony Records & Management. Mike is a fervent fan of old school funk and soul à la James Brown and Sharon Jones and to that end he’s put together a music collective to deliver a 21st century take on the genre. He and the team are working on an album… ‘Gritty City Soul Volume 1’ (“Gritty City” is an affectionate nickname for Mike hometown, Hamilton) to showcase their sound.

While we wait for the album, LRK Records have licensed one of the songs to release as the lead single – a gritty (see what we did there!!), tough, builder of a tune, ‘Hope To See You Again’. Rugged and authentic, it features a big vocal from Canadian soulstress Claire Davis (you may remember her 2021 LRK outing, ‘Thrive’).

This big ‘Hope To See You Again’ will be available digitally from March 31st. There will, of course, be a vinyl 7” – but pressing plant issues mean that the disc won’t be ready till the summer but when it arrives it’s sure to sell out fast. We’re told that the 7”’s B-side will be a cover of the Sharon Jones & The Dap Kings classic “Better Things”. We look forward to that!