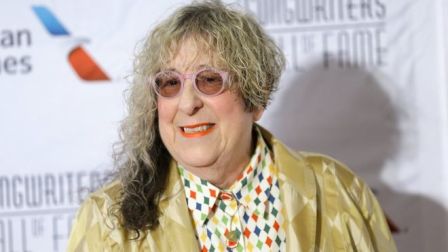 Grammy-winning songwriter Allee Willis has died aged 72. The cause of death was cardiac arrest. In the soul world she’ll be best remembered for writing Earth, Wind & Fire hits ‘September’ and ‘Boogie Wonderland’, though without doubt her most famous song is ‘I’ll be There For You’ – the theme tune to ‘Friends’

Born and raised in Detroit, she would hang out at the Motown studios but she went on to study d journalism at the University of Wisconsin and then, in 1969 she moved to New York, where she landed a copywriting job at Columbia and Epic Records. In 1972, she turned to music and song writing. She won two Grammy Awards, one for the soundtrack for the film ‘Beverly Hills Cop’ and another for the musical ‘The Colour Purple’.

Known for her eccentricities, in later life Ms Willis lived in a light-pink house in Los Angeles known as Willis Wonderland, a nod to the Earth, Wind & Fire hit. She also hosted large parties with A-list celebrities and gathered the objects she collected throughout her career, now catalogued online at the Allee Willis Museum of Kitsch. She always said the ‘September’ was her favourite song because it made so many people happy. However she wasn’t’ too keen on Taylor Swift’s cover: “lethargic as a drunk turtle dozing under a sunflower after ingesting a bottle of Valium”!