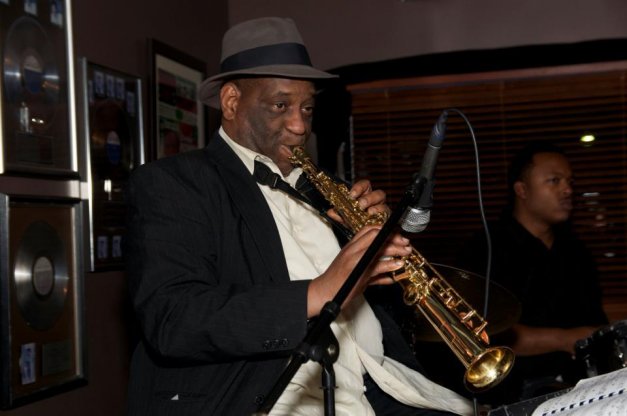 US media sources are reporting the death of ALLAN BARNES … founding member of the Blackbyrds. Few details are available with some sources saying Barnes was 67, others suggest 66.

Barnes was born in Detroit and whilst serving Uncle Sam he enrolled at the U.S. Naval School of Music and learned sax. After demob, he answered an ad placed by Donald Byrd who was looking for young musicians to form a band at Howard University. That band, of course, was the Blackbyrds who went on to enjoy success with tunes like ‘Walking in Rhythm’ and ‘Happy Music.’ Though primarily known as a saxophonist, Barnes played other reed and woodwind instruments, indeed his is the famous flute solo on ‘Walking in Rhythm’.

After the Blackbyrds, Barnes led his own band, Allan Barnes and Primetime. He also had a cameo in the 1988 film ‘Bird’ and was up till recently still active on the Detroit jazz scene whilst also scoring ads and jingles. Session-wise, Barnes played with people like Bootsy Collins, Martha Reeves, Pharoah Sanders, Lakeside and Prince. Most recently he worked on a tribute album to J Dilla.