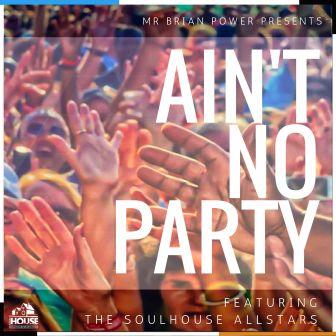 BRIAN POWER’S SOULHOUSE MUSIC label has released just five singles but that’s been enough for the imprint to build a solid reputation for delivering quality soul and soulful house. All the tunes have earned the respect of Brian’s music peers, soul radio playlisters and discerning dance DJs.

Now with his sixth release Mr Power is set to take Soulhouse to a whole new level. ‘Ain’t No Party’ – a percussive seven minute romp with a touch of the Latinos – is credited to THE SOULHOUSE ALL STARS, who include Michelle John (recently seen on ITV’s ‘The Voice’) and was penned by Mike Patto and Toni Economides. Hypnotic and driven with big brass figures, the cut is already winning plenty of plays.

‘Ain’t No Party’ – the Soulhouse All Stars – is available on Traxsource now and via Mainstream from April 28th.