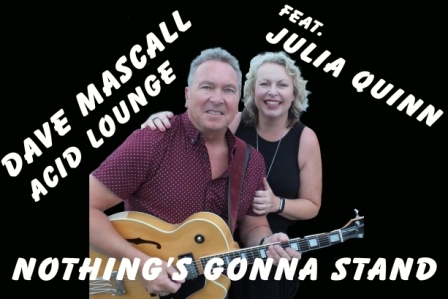 DAVE MASCALL is an accomplished and very experienced British soul and jazz guitarist He’s worked with countless genre greats and also enjoys his own career via his Acid Lounge set up which regularly releases his own music.

Dave is busy readying his next Acid Lounge long player… volume 5, we think, but in the meantime he’s released the set’s first single – a steady 110 bpm ‘Nothing’s Gonna Stand’. The cut comes in two versions – vocal and instrumental. The vocal part is taken by long time collaborator, Julia Quinn. She’s featured on all Mr M’s previous albums and works with the Acid Lounge live band on the road. Understated, there’s clearly a chemistry between the pair on the track that channels a lovely soul-jazz groove highlighted by a sharp sax break from Ian Thompson.