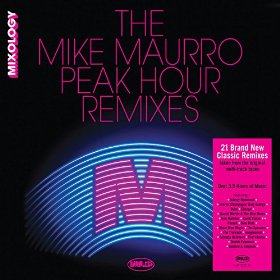 When it comes to remixes, Brooklyn’s MIKE MAURRO is the first real and credible contender to the crown held by the great Tom Moulton.

In 1984, after watching the movie ‘Beat Street’, Mike was smitten by dance music and followed all the latest trends on New York City’s hottest radio stations. Via the radio Mike discovered DJ’s & producers such as Arthur Baker, John Robie, Afrika Bambaataa, John “Jellybean” Benitez, The Latin Rascals & “Little” Louie Vega and he soon determined to become a DJ himself.

By 1991, Mike owned his own DJ company and in ’92 he became the resident spinner at NYC’s Harbor Club and by the late 90s he was playing out at Studio 54’s Clubhouse. As late as 2010 he decided to try remixing and after a meeting with Moulton himself he realised what the art was all about and what Tom had been doing his entire career – yes, basically letting the original music do the work for you…forget the gimmicks and let the magic of the original shine through.

You can hear how Mike took the advice to heart on a brand new 21 track album ‘The Mike Maurro Peak Hour Remixes’ – already an Amazon chart rider on pre-sales alone! The set boasts classic tunes from artists like The Trammps, The Spinners, Ashford & Simpson, Change, Blue Magic, George Duke, Harold Melvin & The Blue Notes and Candi Staton and throughout you can hear Maurro’s classic remix style – lengthy (often drum less intros) and catchy a-capella endings. Enjoy the sound at its very best on a fabulous mix of Candi Staton’s ‘Young Hearts Run Free’. What was always a hugely uplifting tune becomes even more life affirming as Mike focuses on the beauty of that introduction, while if you like sweeping Philly strings look no further than the Maurro intro on the Blue Notes’ ‘The Love I Lost’ .

All the remixes have been sourced from the original multi-track tapes by a DJ who, like Moulton, is steeped in dance music culture and the new tweaks offer fresh perspectives on old favourites and veritable classics