ALL FOR ONE… ONE MORE TIME! 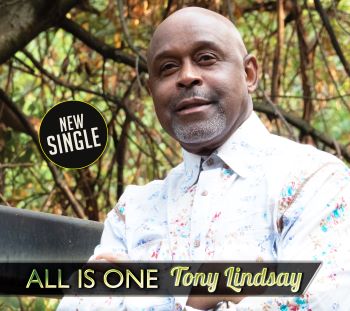 It was back in September last year that New York’s TONY LINDSAY launched his ultra-catchy ‘All Is One’ single. The flavour of the Latino-dancer with a frantic guitar solo and on point vocal from Tony wasn’t a million miles away from the sound of a certain Carlos Santana. Hardly surprising! Mr L worked with Santana for something like 25 years, featuring on seven albums, winning 11 band Grammys and touring the world with Santana on numerous occasions.

Proving once again that you can’t keep a good song down, ‘All Is One’ is now back with us in two fresh Boogie Back mixes. As ever the BB team work their special modern soul magic on the cut.  On both the beats are tight, and the pace never lets up. There’s less of a Latino flavour though … for instance, the Santana style guitar solo is ditched in favour of some classy 80s soul weekender effects and it all works beautifully. (As you’d expect with Boogie Back!)

Tony tells us that the song is much more that a big dance item. He says that the song delivers an urgent reminder of the bonds shared by all of humanity and the need to come together, a timely message for today’s world. So, there you go.

We also believe that the track is from a forthcoming album – his follow up set to ‘Something Beautiful’ LP from 2019.