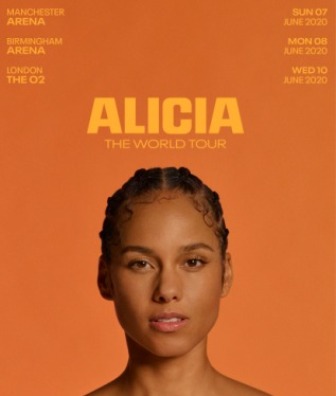 The announcement was made at the same time as the unveiling of a new album…. her seventh studio album ‘ALICIA’ – set to be released worldwide on March 20, via RCA Records. Pre-sale for the album is set for Friday, January 24, in celebration of Alicia’s birthday on January 25.