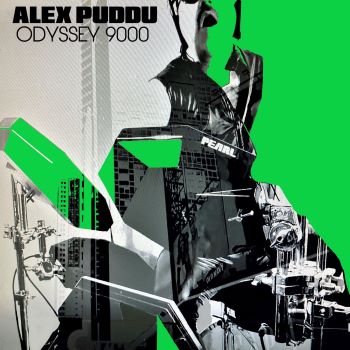 Italian multi-instrumentalist and producer ALEX PUDDU is nothing if not prolific! His last single came at the end of July – an electro instrumental, ‘Windsurf’… very different to Alex’s usual disco/dance/up-tempo soul outings.

Alex now follows.Windsurf. with another (largely) electro instrumental, ‘Odyssey 9000’. Alex says that the tune is “A new groove for the future” and it does have an unusual timbre – a minimalistic melody running round riffs from the synthesizer and a heavy bassline with the beats coming via a Technics Pcm Sound C600 Organ’s Drum machine. Alex plays all the instrument and even does a few additional vocal effects on the track. Different for sure. Out now and from his  forthcoming album called ‘ Private’ which will be released in October.