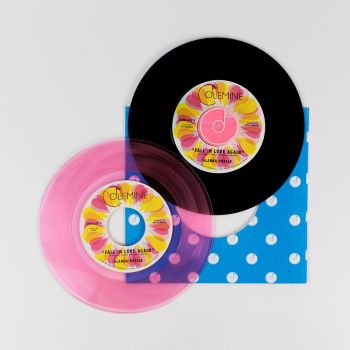 A goodly number of soul tastemakers regarded ALANNA ROYALE’S ‘Fall I Love Again’ as one of 2021’s best retro-flavoured singles. There was some debate as to whether “Alanna Royale” was a band fronted by Alanna Quinn-Broadus or just Alanna out on her own! But that didn’t really matter, produced by Kelly Finnegan and released digitally on Colemine Records, it was just as the band/artist’s mission statement proclaimed “classic-minded R&B and soul music for the modern age”.

Now 12 months down the line, the Colemine crew have decided to issue the lovely tune on that new-fangled  vinyl thing. The 7” is bound to be in-demand and hopefully, the lovely slow groove replete with an irresistible hook might just get a little more attention from the general soul fraternity!