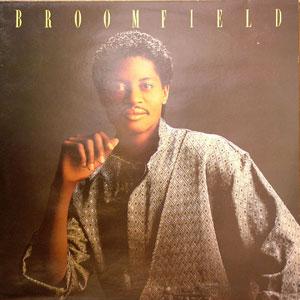 Singer Al Broomfield died on Tuesday 13th August. Details are sketchy but his brother, saxophonist Vincent Broomfield posted: “Today became one of the worst days of my life, I lost not only my beloved brother Al Broomfield but also one of my biggest musical influences who put me on some of my first gigs at age 14, I learned so much of my jazz R&B style from him and I will miss him terribly!! Pray for our healing, RIP Big Bro !!”

Born in Florida, Al Broomfield was one of a large musical family who all had their grounding in the church. Apart from sax man, Vince, he was also brother to Dee Dee Wilde and Eugene Wilde. A talented musician – Al could play drums, saxophone, and guitar – he began his solo career after playing in bands Shades of Brown and The Chevrons. His biggest achievement was the acclaimed LP ‘Broomfield’ in 1987 from which the single ‘Don’t Cover Up Your Feelings’ enjoyed some success.

Broomfield retired in the 90s but after the loss of his son in 2008, he returned and began performing again. In 2010 he sang on the Cool Million album, ‘Back For More’. His track was ‘Stay Close’ which showed that his voice had lost none of its soulful charm.