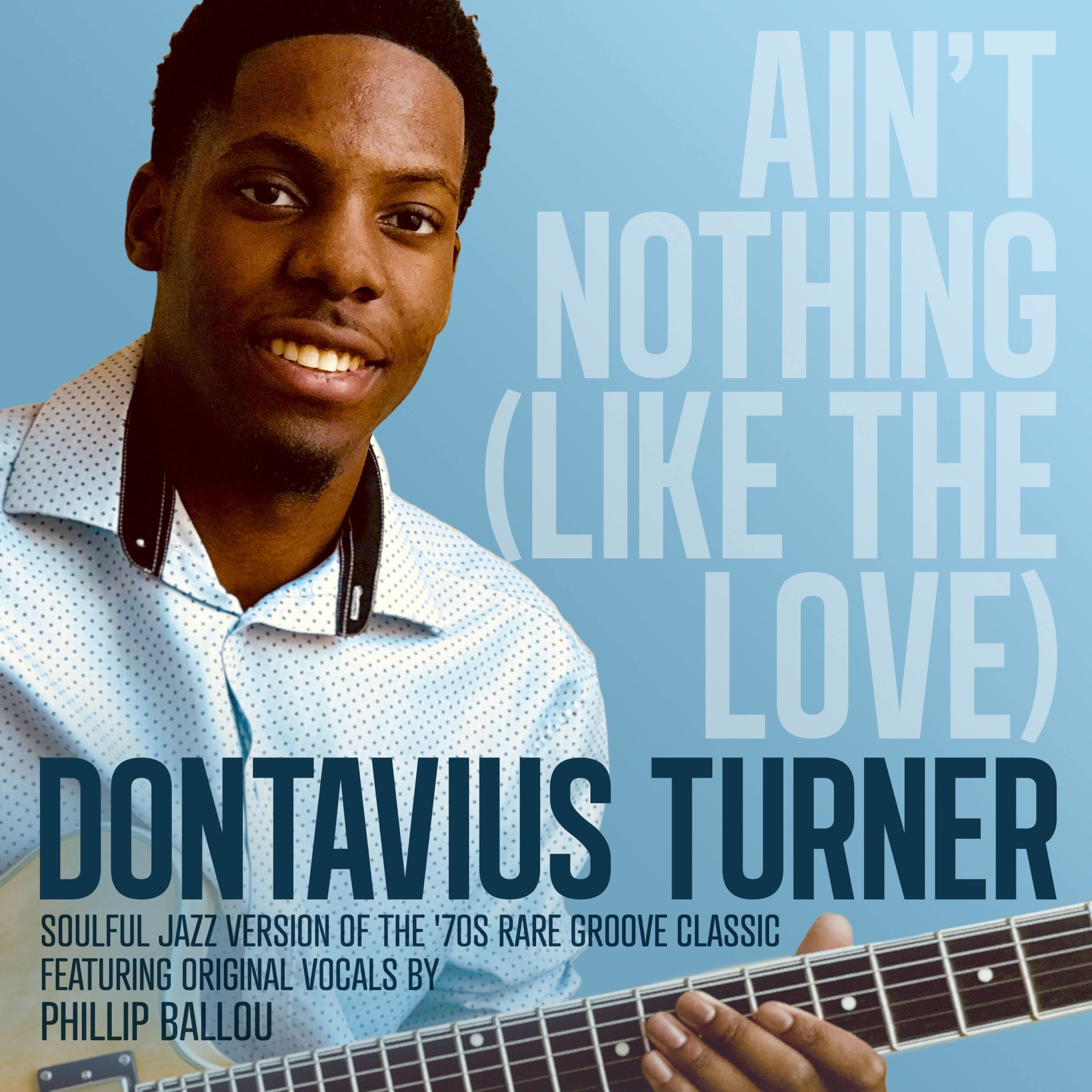 The wonderfully-named DONTAVIUS TURNER has turned plenty of knowing soul heads with his first commercial recording ‘AIN’T NOTHING (LIKE THE LOVE)’.

Mr T is just 22 years old and, working out of Atlanta, he’s proficient on any number of instruments, though the guitar is his instrument of choice. He cites George Benson and Wes Montgomery as his primary influences and the crate digging Dontavius recently discovered an old demo by one time Luther Vandross backing singer, PHILLIP BALLOU. The song goes back to 1978 and over the years it has become a rare groove classic. The tune, with its insistent, soul hook, haunted Turner so much that he felt he just had to record it… and that’s what he did, laying down some sweet and slinky smooth jazz grooves under Ballou’s original vocal.

David Nathan (now there’s a knowing soul head!) was so impressed with the recording that he’s just released it on his SoulMusic Records and like we said up top it’s starting to make big waves … and rightly so. Sadly Phillip Ballou has passed on but in this impressive Dontavius version his legacy lives on.