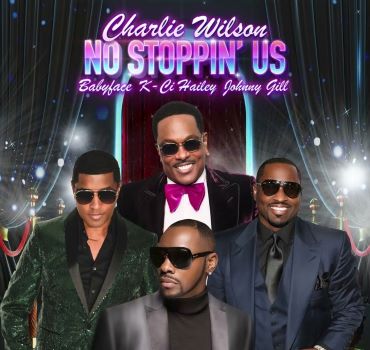 ‘Ain’t No Stoppin’ Us Now’ is a 24 carat soul classic. The 1979 McFadden/Whitehead PIR tune has been everywhere and covered countless times. My humble I-Tunes library has over a dozen versions to which we can now add one other – courtesy of  dear old CHARLIE WILSON (statistically, the most successful Urban Adult Contemporary artist in the history of that Billboard chart).

Well, we say “another cover” – but not quite. You see the just released Charlie version is actually a fresh song but its built around the chassis of the McFadden/Whitehead tune. His cut’s called ‘ No Stoppin’ Us’ so you kind of get the picture.

To help him deliver, Chas has assembled a team of A listers – Babyface, Johnny Gill and  K-Ci Hailey. Their voices blend beautifully , especially on the familiar chorus… catchy and ultra-commercial , this’ll just add numbers to Mr W’s charts stats. Out now!