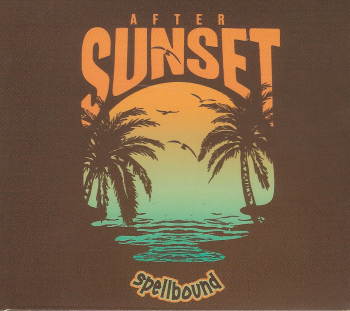 ‘After Sunset’ is the upcoming album from Los Angeles band, SPELLBOUND. The group was formed in in the 1990s by Paul “Pablo” Thomas (keys and guitars) and Bobby Moon (vocals and  percussion) and their sound is an intriguing hybrid of blue-eyed soul, AOR, pop, Latino dance and of course the “California sound”.

Hear all that and more on the eleven  tracker that is ‘After Sunset’ which features two new singers –  Jenny G and Anna Moore. The material is all new and penned by Thomas and Moon save for a cover of the Ohio Players’ ‘Heaven Must Be Like This’ .

The artwork and the band’s background might suggest that ‘After Sunset’ is a typical Californian album. But Moon and Thomas (both local social activists) have infused the music with socially conscious elements while some of the lyrical themes have a darker tone than you’d expect from a typical West Coast album.

‘After Sunset’ will be released via the band’s own Selfish label on October 1st with limited copies available on CD. That limited availability of the physical record reflects the band’s ethos  re. packaging and waste. The few CDs that will be available will use recycled material in all their various elements.