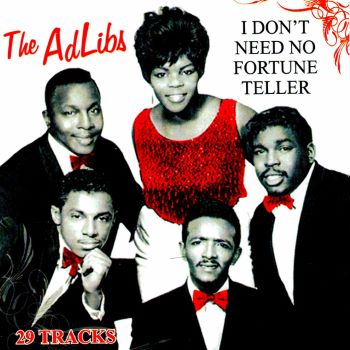 DJ MICHE is a London-based programmer, DJ and well-known crate digger and he’s just teamed up with Mr Bongo Records to curate a new compilation…. ‘With Love: Volume 1’. The Bongo Gang describe the album as “a selection of hard-to-find records, some impossible to find, and some that have been hiding in plain sight all along, but they all share common qualities, being that they are beautiful, soul quenched songs that sing of love, peace and unity.”

The included Ad- Libs’ track is their in-demand 1982 outing ‘Don’t Need No Fortune Teller’. The song was the B side to their Passion label single, ‘Spring And Summer’ and the 7” currently fetches sums in the hundreds of pounds! Proper soul fans will know ‘Don’t Need No Fortune Teller’ as it’s long been a big crossover sound while there’s been some debate about the actual group. The song features a strong male lead whereas most Ad Libs cuts featured a female out front. That doesn’t really matter, it’s still a great 80s sound and Mr Bongo are releasing it as the album’s lead single. It will be good to go from Wednesday 31st August with the compilation LP due 23rd August.

The “arty” cover of ‘With Love: Volume 1’ is pictured below.