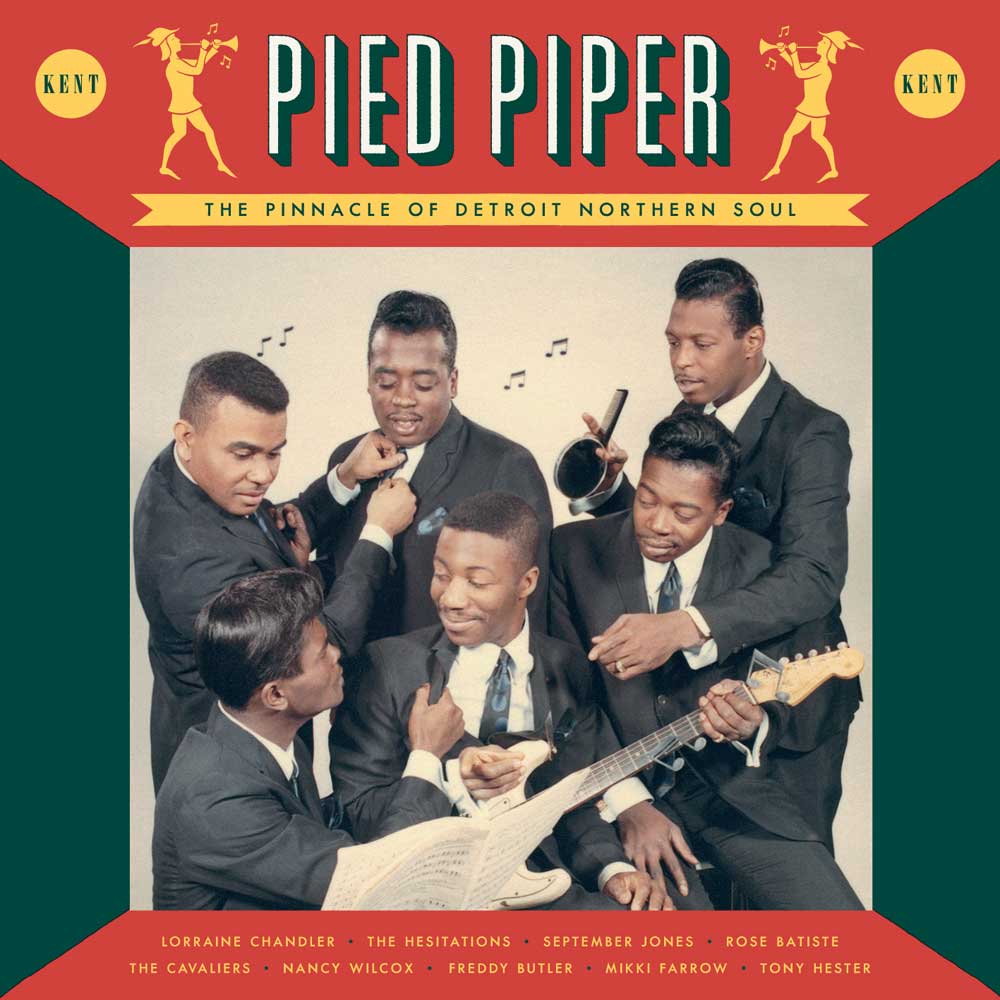 First up is ‘PIED PIPER…THE PINNACLE OF DETROIT NORTHERN SOUL’. Soul collectors will know that Pied Piper was a Detroit-based soul production company founded in 1965 by Shelley Haims. He recruited a small team that included Jack Ashford and Mike Terry – two disillusioned Motown men –and began recording local artists. He created his own label, Giant, but preferred to lease his material to bigger labels – most notably RCA, who were keen to get themselves deeper into the black music market. No Pied Piper production enjoyed much success but over the years the imprint has achieved an iconic status on the Northern and collectors’ scenes. To satisfy this interest, the Ace/Kent label managed to gain access to the Pied Piper archive and over the last few years they’ve released a selection of wonderful Pied Piper CDs.

Now they offer 12 classic Pied Piper Northern flavours on vinyl. Amongst the gems are Lorraine Chandler’s ‘You Only Live Twice’ (an obvious Bond feeling here!), the Hesitations’ ‘I’m Not Built That Way’ (absolutely classic Northern) and the Cavaliers’ ‘We Go Together’ (a totally different but equally luscious take of the song to the one that Ace put out on their Pied Piper CD) . By the way, for this release Ace have created a brand new label… Pied Piper!

The second new Ace vinyl collection takes us down to the Fame studios with a double album of gritty, heart-tugging Southern soul from Rick Hall’s famed music stable. As with Pied Piper, Ace/Kent has already released lots and lots of Fame material but collectors can now enjoy at least some of the tunes the way they were meant to be heard. Featured artists include Jimmy Hughes, Clarence Carter, Arthur Conley and George Jackson, while there’s also room for tracks from “back room boys”, Dan Penn and Spooner Oldham. The Oldham track is ‘Wish You Didn’t Have To Go’ credited to Spooner and the Spoons while our favourite right now is the old New Orleans classic, ‘Fortune Teller’, given a Fame makeover by the Del Rays. The double LP is called ‘THIS IS FAME 1964-1968’.

Bath these albums are available now.