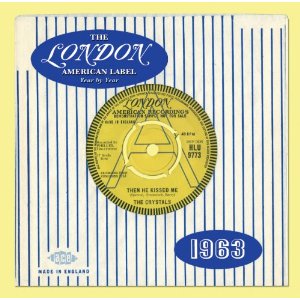 Those top reissue people at Ace have a new trio of nostalgia-packed albums to tempt collectors. First up is their latest collection in the series dedicated to the London American label. The 28 tracker focuses on 1962 – the year prior to the cataclysmic Merseybeat explosion. Amongst the soul gems there’s BOOKER T’s ‘Green Onions’, THE DRIFTERS’ ‘Stranger On The Shore’ and BEN E KING’S ‘Ecstasy’ but you also get plenty of classic and long-neglected pop to enjoy from the likes of ROY ORBISON, BOBBY DARIN and CAROLE KING. Ace’s ‘You Baby’ is the label’s latest in their ‘Songwriters’ series. Here the writers are P. F. SLOAN and STEVE BARRI and amongst the featured tracks are ‘Another Day, Another Heartache’ from the 5th DIMENSION and BETTY EVERETT’S ‘Someday Soon’. Fans of 60s covers will be delighted by the third new Ace release. THE LIVERBIRDS’ ‘From Merseyside To Hamburg’ is out on Ace’s Big Beat Imprint and at long last it brings to CD the works of Liverpool’s premier 60s female group. The repertoire is so typical of the time and features great versions of ‘Oh No Not My Baby’ and ‘Heatwave’ alongside the usual CHUCK BERRY and BO DIDDLEY numbers. Young soul shavers probably won’t see the point, but if you were around in the 60s you’ll fully understand the relevance of groups like the LIVERBIRDS.