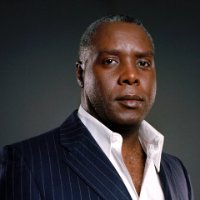 UK soul connoisseurs will be more than familiar with ERROL HENRY. In 1989 he founded the legendary Intimate Records –but prior to that he’d worked as a session musician and studio engineer. Intimate’s first release was ‘Please Come Back’ by Dean Edwards (featuring the great Ronny Jordan on guitar).

Throughout the 90s Errol enjoyed success working with major record labels such as Arista, BMG, Warner Music, Island, EMI and Atlantic Records while Intimate continued to issue quality UK soul. Mr H went on to work with the Jones Girls on their ‘Coming Back’ long player and he produced much of Lulu’s best ever album, the Dome-released ‘Independence’. Errol then went on to produce UK soul classics on artists like Anthony Drakes, The Affair, Chris Ballin, Richard Anthony Davis, Jaki Graham and Deni Hines.

In 1993 he set up THE SOUND PRINCIPLE as an outlet for his own music and he enjoyed especial success with the inspirational album, ‘Heaven’s Glory’, which is still held in high esteem by UK soul collectors.

After a sabbatical from the music business whilst Errol wrote several books and training programmes, our man has now resurrected The Sound Principle and the first music on it is a soulful single called ‘Heartbreaking’ which features a quality vocal from Richard Anthony Davis. The tune has a great 90s feel to it, reminiscent of many of the classics that Errol crafted back in the day. For those who like things a little faster the tune also comes in a soulful house tweak on Optimum – a Sound Principle offshoot. There’s an awful lot more in the pipeline including an album featuring performances from a host of legendary artists which is due for release in the autumn of 2015.

“The Sound IS the principle thing for me” says Errol. He continues: “The Sound Principle exists to put music first. I am ever mindful that listening to music as a child sparked my creative imagination and I am determined that whenever people hear something from The Sound Principle they can be assured that making good music was the only item on the agenda.”