A TASTE OF TASITA…. 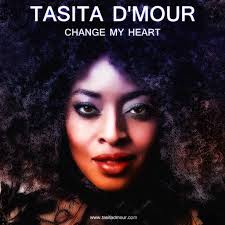 As a lead vocalist she’s brought a mature soulfulness to cuts led by the likes of Roy Ayers, Fatback Band, Reel People, Sunlightsquare, Jazz Massive and Bah Samba and in the wake of all that activity she’s toured the world and in doing so she’s also learnt the slippery ropes of the music biz.

Happy with her tutoring, Tasita’s now ready to launch a full on solo career in her own name. To that end she’s just released a fab 4 track EP under the umbrella title ‘Elements’. The set was heralded by the successful December release of the mini album’s lead cut as a single. That tune, the beaty and impressive ‘Change My Heart’ immediately won the affections of the modern soul community.

Find out more about this new/old talent @ www.tasitadmour.com