A ROSE BY ANY OTHER NAME…. 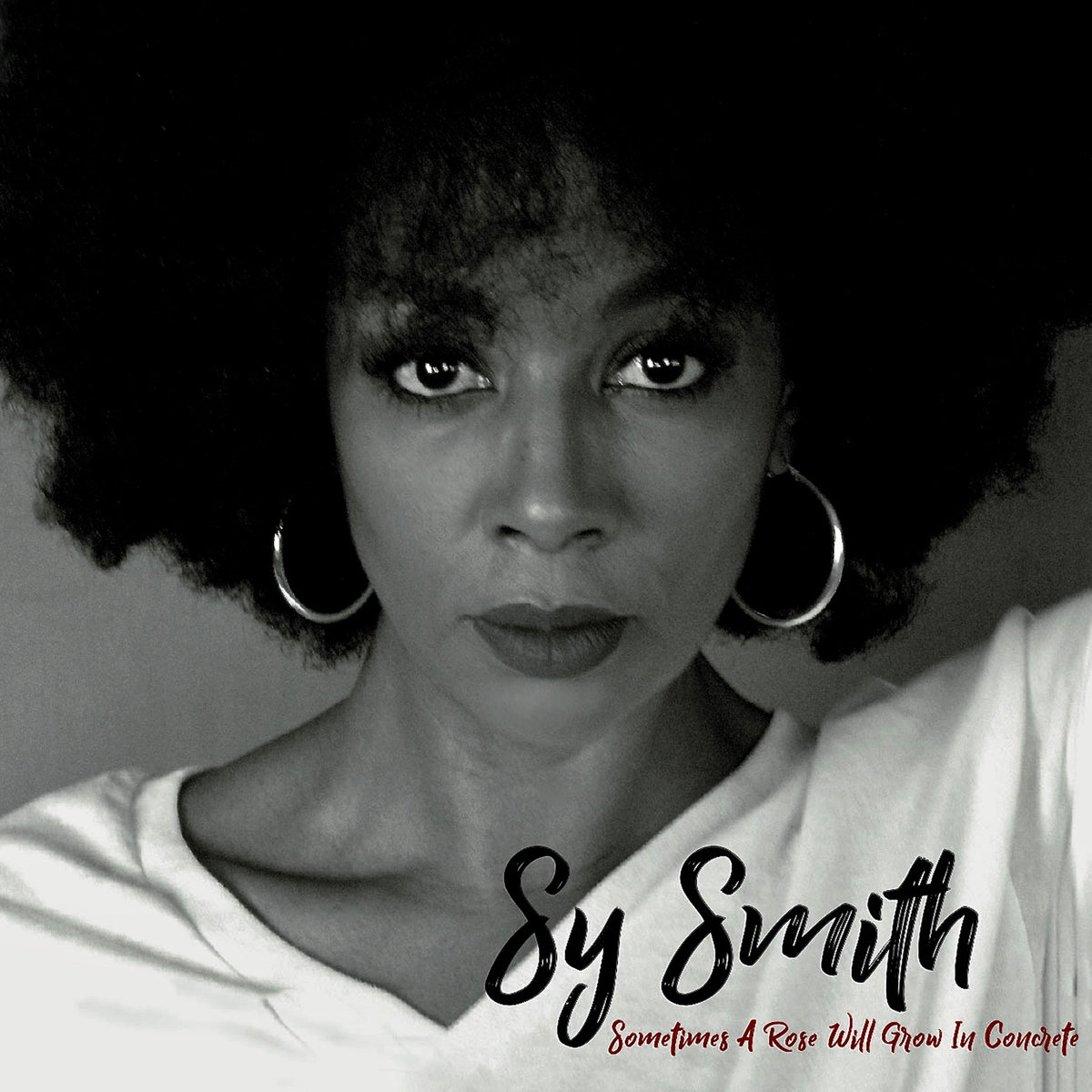 For the past few months the album ‘Sometimes A Rose Will Grow In Concrete’ by the self-proclaimed “Queen Of Underground Soul”, SY SMITH, has been winning plenty of positive reviews from the US media and as a result, getting lots of spins on the savvy soul stations. On this side of the Atlantic we have heard of Ms Smith via her work Rashaan Patterson and Zo! But to many, Sy is something of an unknown quantity; so investigation is required.

We’ve learned that ‘Rose’ is actually Ms Smith’s fifth studio album. Her previous work includes ‘The Syberspace Social’, ‘Psykosoul Plus’ (2007), ‘Conflict’ (2008, with charting radio singles ‘Fly Away With Me’ and ‘The Art Of You’), and ‘Fast And Curious’ from 2012. In between recording and promotion, she’s worked with people like Whitney Houston and Meshell Ndegeocello and most recently Chris Botti as well as working in tribute shows to Ella Fitzgerald.

‘Sometimes A Rose Will Grow In Concrete’ is a little different to all those previous albums; it’s the first full LP that Sy has completely written and produced on her own. Moreover the set also features her playing keys and the synth bass; amongst the other players are percussionist Sheila E and violinist Lucia Micarelli.

The album’s focus track is the set’s title song. An obvious reference to the Tupac poem, ‘Sometimes A Rose Will Grow In Concrete’ also name checks Maya Angelou’s work and that should give you the tenor of the piece… it’s about struggling to succeed against the odds; powerful and haunting, it’s a neo-soul classic and there are plenty more proffering the same loose and lazy neo sound…. things like ‘We Were Never Free’ (vocal echoes of Minnie Riperton here) and ‘Camelot’, the current single. Elsewhere, ‘Perspective’ and ‘Now And Later’ show why Sy was such a success in the Ella Fitzgerald shows. Adding to the album’s intrigue is a short doo-wop “prelude”; essentially a conversation with her father that leads into some sweet harmony a-capella.

Since completing the album, Sy has also recorded a Christmas EP which has just been issued. ‘Christmas In Syberspace’ is a short (14 minutes) set that’s been put together with drummer/producer Isaac “Bam” Richardson and it’s essentially an intriguing mix of three seasonal favourites along with “interludes”. There’s ‘Hark! The Intro’, ‘Christmas Time Is Here’ and ‘My Favourite Things’. Never less than interesting! Ms Smith must be feeling really festive by now – apart from this EP, she also managed the vocal arrangements and BVs on John Legend’s ‘Legendary Christmas’ album! By the way the Christmas EP is being given away free on Bandcamp.