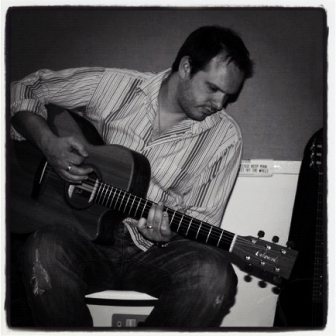 NEIL COWLAN is a British session guitarist (he’s the guitar man on Myles Sanko’s album… see our reviews pages) and he’s just put together a band, REVELATOR. The other players are drawn from the UK session scene and the group are fronted by two female vocalists. Between them they create a sound that fuses soul with pop but with a strong bluesy undertow that gives focus to Cowlan’s guitar playing.

The band is about to launch their debut album, ‘Eyes On You’, and what’s lacking in polish and finesse is made up for by a real enthusiasm for the music. The LP’s title track is the immediate standout. It’s a catchy, 60s throwback featuring some chunky guitar from main man Cowlan. Its simplicity is its biggest virtue.

‘Get To You’ is the band’s attempt to recreate the energy of Northern Soul and they nearly get there. For some reason, though, the song reminds me of ‘Heartache Avenue’ by the Maisonettes and it also features a wonderfully crazy organ break. Throw in a dreamy ballad, ‘Be Here Now’, and you have the basis for an enthusiastic debut set. Find out more @ www.neilcowlan.com