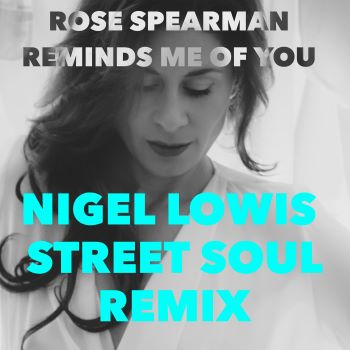 ROSE SPEARMAN is a mixed race soulstress currently based in Holland. She has an impressive CV that includes performances at places like Glastonbury and the Montreux and the North Sea Jazz Festivals and she’s crossed genres via collaborations with people like Kerri Chandler, Roger Sanchez, Solomon Burke, Jools Holland and KT Tunstall.

12 months ago she impressed  with the single. ‘After The Summer Falls’… a rolling, catchy soul groove with a naïve appeal especially in the Nigel Lowis mix.

For her latest outing, Rose has once more teamed with Lowis for an atmospheric mix of ‘Reminds Me Of You’. Ms S says she wrote the song  for “that one special person that makes you feel safe, sees you for who you are and shows you a new and fresh outlook on the world. But as time passed, I wrote also as a note to remind myself. Times are hard and sometimes you need to remind yourself that you will be alright.”