A QUESTION OF PRINCIPLE…. 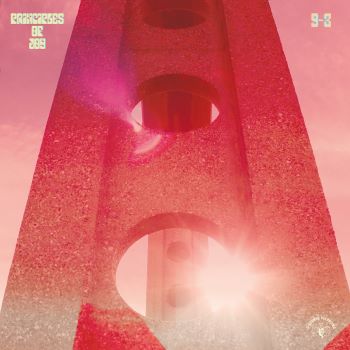 It was back in August that we became aware of French soul band THE PRINCIPLES OF JOY via their Southern soul flavoured single, ‘It’s Been A Mess’ .

We learned that the band first came together in 2017  and are led by keyboardist Ludo Bors (who’s also known by the wonderful moniker, Norman Smuggler!) Monsieur Bors/Smuggler also writes the material and owns the label, Q Sounds, to which the Principles are signed.

It seems that the band debuted with a 7” single,  ‘Be What You Are’/’Everything Was Wrong’ in 2018 followed by their first LP, ‘Strong Ain’t Wrong’.  The aformentioned ‘It’s Been A Mess’ single was the harbinger for the band’s second full album – ‘9-3’, which has just been released on the equally aforementioned Q Sounds label.

The new long player,  ‘9-3’ (the zip code number of the band’s home French department, the area around Paris, we believe?), offers more of the same serious Gallic take on the soul  genre that ‘It’s Been A Mess’  proffered. In truth, that song is amongst the album’s strongest, rivalled by the cover of Adele’s ‘He Won’t Go’. Both smoulder in a moody kind of way and in essence  that’s the overriding flavour of ‘9-3’. Despite the band’s name (Principles of JOY, just to remind you) the whole 12 tracker is just too serious and sombre… there’s not a lot of JOY here! The liveliest track is ‘God Only Knows’ (no! not that ‘God Only Knows’!) – which rides a Northern soul tempo with some crazy Hammond organ!

What offers intrigue to the collection is the band’s USP – two compatible vocalists – Sarah Ibrahim and  Rachel Yarabou. These “twin strikers” are powerful vocalists and their interplay is the is album’s big attraction. Out now via Q Sounds.

Tags: The Principles Of Joy