A PROPER DOUBLE A SIDED SINGLE… 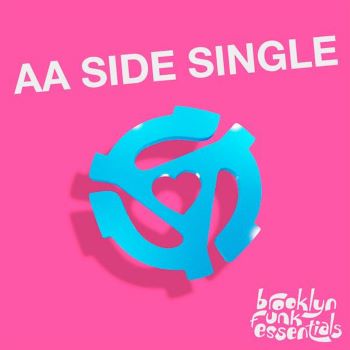 In the music biz we often read about double A sided singles… “AA Side Singles”. Up to now, though, I’ve never come across a song with that boastful title. However, the BROOKLYN FUNK ESSENTIALS have just launched a single with that very title, ‘AA Side Single’!

You may remember that the  cult funk collective have been around for two decades and that they have a convincing pedigree, having first come together in Arthur Baker’s Shakedown studio in New Jersey. Since then BFE have established a reputation as band who can deliver soul, hip hop, spoken word, jazz, Latin and funk with the  best of ‘em.

Ms L handles the vocals on ‘AA Side Single’ with feisty aplomb while the band cook up a proper, funky old school , brassy Tower of Power vibe. The lyric, by the way, offers humour alongside the funk –  “Won’t be your B-side, baby I’d rather not get played, I’m double A side single”, the track’s  innuendo is about having no intention of getting played… but, for sure, it will!

The band will be highlighting the single when they play London’s Ronnie Scott’s on 28 October – where they’ll be performing two shows at 5.30pm and 8.30pm.

In the meantime catch BFE’s ‘AA Side Single’ at your favourite portal. It’s out now via Dorado!