A MATTER OF PRINCIPLE… 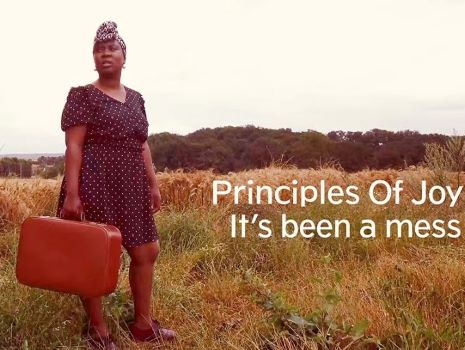 THE PRINCIPLES OF JOY is one of France’s top soul outfits. The band first came together in 2017  and are led by keyboardist Ludo Bors (who’s also known by the wonderful moniker, Norman Smuggler!) Monsieur Bors/Smuggler also writes the material and owns the label, Q Sounds, to which the Principles are pacted.

The band debuted with a 7” single,  ‘Be What You Are’/’Everything Was Wrong’ in 2018 followed by their debut LP, ‘Strong Ain’t Wrong’.  Both album and single won support across Europe and  their music was also aired on BBC 6. The group’s second LP will be with us soon. It’s called ‘9-3’ (the number of the band’s home French department, the area around Paris, we believe?).

As an hors d’oeuvre, the POJ have released a single – a moody, Southern soul flavoured ‘It’s Been A Mess’  which highlights the soulful vocal interplay between the band’s “twin strikers”, Sarah Ibrahim and  Rachel Yarabou. Ms Yarabou is also the producer, and she really does coax a powerful, old school southern flavour from the team including a Steve Cropper style guitar solo.