A LOAD OF BAUBLES! 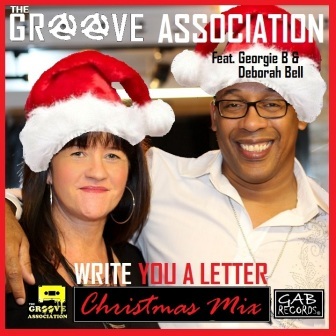 With Christmas sneaking up fast we’ve been inundated with Christmas releases. Here’s a selection that might tickle your festive fancy!

First off, GEORGIE B’s GROOVE ASSOCIATION had been turning out outstanding soul for an incredible 40 years and their latest album ‘More And More’ is every bit as good as their first efforts back in the day. In their lengthy career, don’t think they’ve tackled Christmas… till now. In time for a cool Yule, Georgie’s just issued a Christmas single…. ‘Write You A Letter’. This “Christmas Mix” is a duet with Deborah Bell and it isn’t an in your face Christmas song (though there are jingle bells in the intro); rather, the song is a plea to temporality ditch texts and e-mails and communicate by writing letters – more intimate and more opportunity to say what you really mean and feel. The single’s putative B side is one of the tracks from the ‘More And More’ album – the EWF/Light Of The World flavoured, jazzy dancer ‘Fly Away’.

Back in summer we enjoyed a great modern soul album from SHOW TYME… the musical alter ego of Trenton, New Jersey born LETHEL BROOKS. For the Christmas rush Mr Brooks (or should that be Mr Tyme) has just released the single ‘It’s Christmas Time’… a sweet, modern soul slow jam with images of mistletoe, holly, peace, love and all the usual suspects. Show Tyme says: “this song is a representation of Christmas past and present evoking the memories of those crisp Christmas Mornings and warm Holiday Nights. A time when the family is the centre and love is the fabric.”

Something a bit left field now…. a jazz meander through the traditional carol ‘God Rest Ye Merry Gentlemen’ from New York singer, ABIAH. Abiah is possibly best known for his tribute album to Nina Simone, so little wonder that his approach to ‘Merry Gentlemen’ is somewhat Simone-esque. He says: “‘God Rest Ye Merry Gentlemen’ is one of my favourite songs. It encapsulates the meaning of the season for me. I find it to be one of the songs neglected in the vocal canon as of late and so I wanted to explore it but with my own reimagining.”