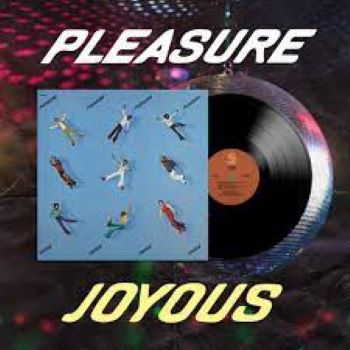 Latest vinyl release from the US label Jazz Dispensary’s Top Shelf imprint is the long out-of-print ‘Joyous’ album from PLEASURE.

‘Joyous’ was the Portland band’s third long player and it was originally released in 1977 via Fantasy. It was produced by Wayne Henderson of the Crusaders who’d signed the band to his ‘At Home’ production company. Given the date and the band’s pedigree you don’t need telling that the 8 tracker is stuffed with big party vibes… disco for sure, but disco with a soulful and funky edge.

As with every title in the Top Shelf series, Joyoushas been cut from the original analogue tapes by Kevin Gray at Cohearent Audio and pressed on audiophile-quality 180-gram vinyl at RTI. The LP is housed in a tip-on jacket, featuring faithfully reproduced original designs and will be available from January 6th.