A GENEROUS SPOONFUL OF SOUL… 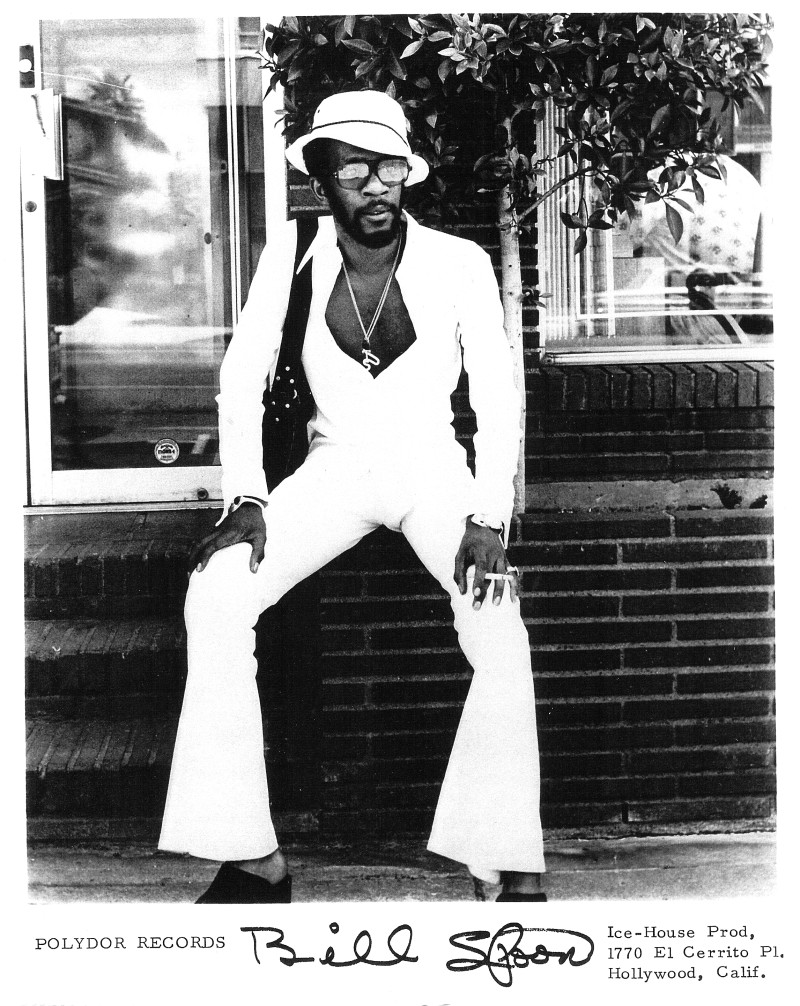 Alabama’s WILLIAM BELL-WEATHERSPOON has been round the soul block as many times as most. Born in 1942, he debuted with the SOUL MASTERS before joining the LOU RAGLAND-mentored SOUL NOTES. When that band folded in 1970 WILLIAM was signed to Stax – using the stage name BILL SPOON. However nothing came of the deal and BILL moved onto Los Angeles where he joined Angel City Records, recording a now-in-demand cover of AL WILSON’S ‘Be Concerned’. Eventually returning to the family home (now Cleveland), Mr. S. hooked up again with LOU RAGLAND – collaborating on his most successful disc – ‘Love Is On The Way’. In 1981 BILL SPOON went west again to take up a “proper job” with the Los Angeles Coroner’s Office! He did though continue to record and one of his best – ‘I Can’t Wait (Until The Weekend)’ – was picked up by the UK’s Soul Junction Records.

The ultra catchy vinyl single was a huge underground success and that success has prompted Soul Junction to gather together a collection of BILL SPOON songs for the vinyl-only album, ‘A Spoonful Of Soul’. The ten tracker offers two mixes of the aforementioned ‘I Can’t Wait’ along with remixes of previous recordings and a quartet of previously unreleased songs – of which ‘I’ll Always Love You’ is superb, soft soul ballad in the style of prime time JERRY BUTLER.

BILL SPOON’S ‘A SPOONFUL OF SOUL’ is released on SOUL JUNCTION RECORDS on February 14th and there’ll be a full review on SJF very soon. For more info … www.souljunctionrecords.co.uk