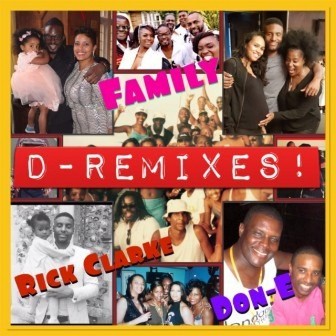 First, the pairing of RICK CLARKE AND DON E musically praised the concept of ‘Friends’. Then , with the same optimism, they lauded the concept of ‘Family’. Both singles were well received by the UK soul community and for those who want more soul ‘Friends’, the cut has just been given three remixes.

First up there’s a “Higher” mix … a steady, jazzy groove; second there’s the percussive “Afro”; an third, there’s a “Steppaz” mix – which kind of speaks for itself…. my money’s on that one to become the dancers’ choice…. out now! “Family For Life”!