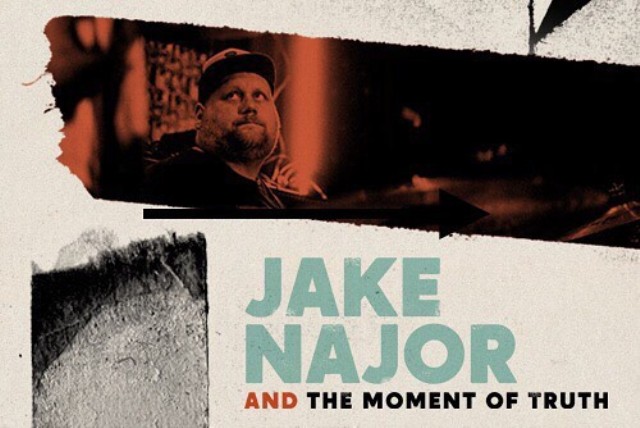 ‘In The Cut’ is the debut solo album from acclaimed San Diego –based session drummer JAKE NAJOR…. though solo isn’t really a precise description. So, let’s explain .

For the last twenty years or so, Mr Najor has been the go-to drummer for artists and producers in California who were seeking tough and crisp R&B, funk, or hip hop beats. Najor has performed or recorded with plenty of big names – people like Raphael Saadiq, Kelis, Joss Stone, Big Daddy Kane, De La Soul, Karl Denson, Rodriguez and Empire of the Sun. He’s also the house drummer for the Redwoods Music record label and, taking their lead from many of the great labels of the past, Redwoods put together their own house band and led by Najor, they’ve had this “house band” record their own album… ‘In The Cut’ . The band are dubbed JAKE NAJOR AND THE MOMENT OF TRUTH and the players include trumpeter/arranger Todd Simon (Antibalas, Ziggy Marley, Quantic), James King (Fitz and Tantrums), Elizabeth Lea (Tedeschi Trucks Band), Sam Robles (Jungle Fire), Tim Felten (Sure Fire Soul Ensemble) Nick Costa (Sure Fire Soul Ensemble) Matt LaBarber (Cardinal Moon) and vocalist Mix Master Wolf (Breakestra).

So, just what do Jake Najor and the Moment of Truth cook up? Well, in short, a contemporary funky, cinematic take on the classic soul genre… a sort of Booker T and the MGs meets Isaac Hayes! The Booker T influence is most apparent on instrumentals like ‘Gettin’ It’ and ‘Police Chase’ while if someone told you that ‘Guantanamo Baywatch’ was a ‘Shaft’ outtake you wouldn’t argue. Most of the ten tracks are instrumentals but Mix Master Wolf flexes his chords in the manner of JB on cuts like ‘Another Saturday’.

Jake Najor and the Moment of Truth’s new LP In The Cut will be released on vinyl, CD, digital and streaming formats on March 29th via The Redwoods Music.