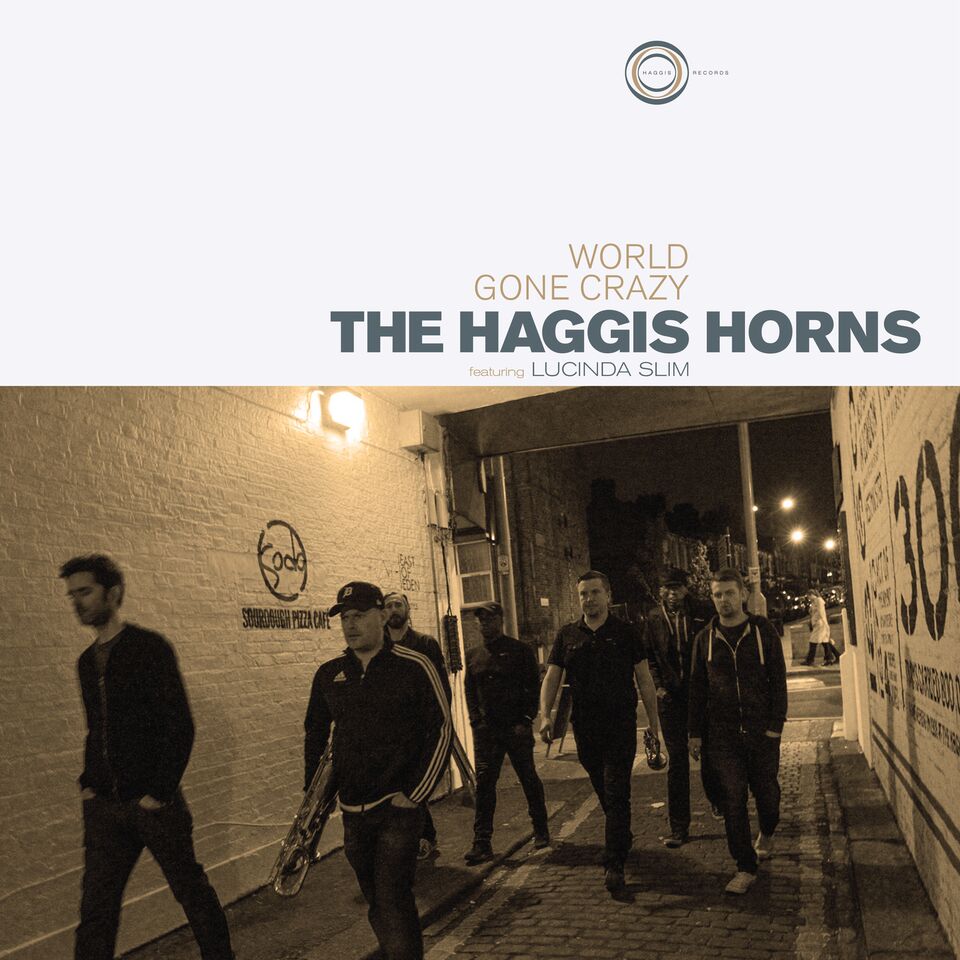 Despite their name , THE HAGGIS HORNS hail from Leeds and have been banging out their brand of energized soul and funk since 1999. They’ve worked with people like Jamiroquai, John Legend & The Roots, Amy Winehouse, Corinne Bailey Rae, Take That, Mark Ronson and Elbow and their own regular releases have kept their faithful fans more than happy!

Right now they’re preparing their fourth long player ‘One Of These Days’ (due November) and to whet appetites there’s a single to savour.  The tune is ‘World Gone Crazy’ featuring a soulful vocal from Lucinda Slim. As ever the brass is super tight and as is the modern way the cut comes in a welter of remixes … here from Lack Of Afro, Smoove (of Smoove & Turrell) and Sam Redmore. Not much to choose between ’em though we’re told that the album version will be a mammoth 8 minute effort!