A CHANGE IS GONNA COME! 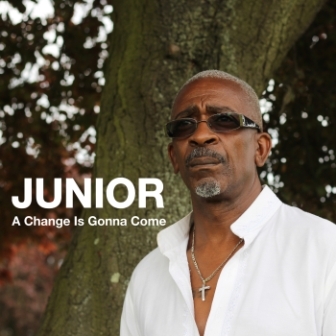 Though no one’s counting, Sam Cooke’s ‘A Change Is Gonna Come’ is one of the most covered songs of all time! My i tunes library shows 15 versions – Sam’s, of course, and Otis Redding’s too!

Latest artist to tackle the classic is JUNIOR GISCOMBE. His new version (a single) has been released on the historic, re-launched Solar Records. Solar Records began life as Soul Train Records founded by Don Cornelius and Dick Griffey in 1975 before being renamed as Solar in 1978. Without too much info or fanfare, it seems the label is being re-launched.

We don’t have too much info about this one … is it from an album…. is it a one off… we don’t know! All we can say is that it’s a good version … faithful and respectful. Out now!