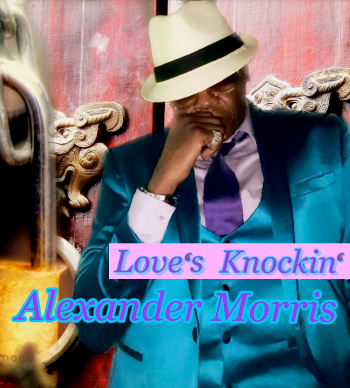 Listeners to the more savvy soul stations over the last few weeks will have become familiar with a couple of tunes from a soulful gentleman, ALEXANDER MORRIS. Songs in question are both sides of his latest single…. ‘CHANGE COMIN’’ / ‘LOVE’S KNOCKIN’’ and they are being rotated regularly, and no wonder! They’re a pair of might fine contemporary soul sides with a reverential nod to soul’s golden age.

What people might not know is that “Lex” Morris is currently the lead singer in the Four Tops. Duke Fakir, the last original member of the legendary group, drafted him into the Tops a couple of years ago. Duke knew of his soulful, gospel-infused voice (Morris has his own Gospel church in L.A., the J. Alexander Morris Ministries) and had no hesitation in bringing him into the Tops fold. Sure, he’s no Levi Stubbs, but he sings with passion and fire and, as Duke well knows, he’s a real asset to the band though he will continue to record his own solo stuff.

If you need proof of Morris’ soulful credentials, grab a listen to this single. The putative A side is ‘Change Comin’’. It’s not a take on the Sam Cooke classic, rather a new, call-and-response midtempo groove that examines how lives can change without warning through circumstances beyond our control. ‘Love’s Knockin’’ is more of a slow jam with a message of hope and little wonder that the single is being billed as a double A side! The single is out now via ANGEL DOVE GLOBAL 812 MUSIC GROUP, in association with IZIPHO SOUL RECORDS and we believe that the two tracks are from Alexander’s upcoming ‘January’ album – named in honour of his mother and due soon. On the evidence of ‘Change Comin’’ and ‘Love’s Knockin’’ it’s shaping up to be a cracker!