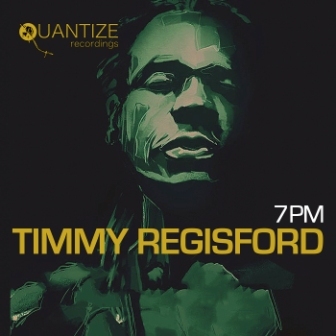 Trinidad-born TIMMY REGISFORD is one of New York’s best known soulful house DJs and producers and because his CV includes A&R exec job with labels like MCA, Motown and Atlantic the emphasis in his brand of house music is on the “soul” in “soulful”. In the ’90s he created the Club Shelter party nights which grew into a worldwide brand and most recently he been the musical brains behind one of the Big Apple’s most successful dance clubs Areacode. In 2011 he released the acclaimed album ‘At The Club’ on Tribe Records and, now, better late than never, big Tim’s hooked up with DJ Spen’s Quantize set up for a new LP – the mammoth 17 tracker that is ‘7 PM’ .

The album fuses soul and  jazzy house with an underlying afro vibe and there’s a mix of instrumentals and vocals – amongst the featured singers are Tiger Wilson, Felicia Graham and Arnold Jarvis who fronts our current pick to click ‘Lie to Me’.

Timmy says: “I feel this album is a mix of what’s currently going on in the Deep House scene, where things are getting back to vocals and song writing. Some of my instrumental tracks are more musical, where others are more Afro Soul, which I think represents all New York underground House music, so I hope you enjoy it! “