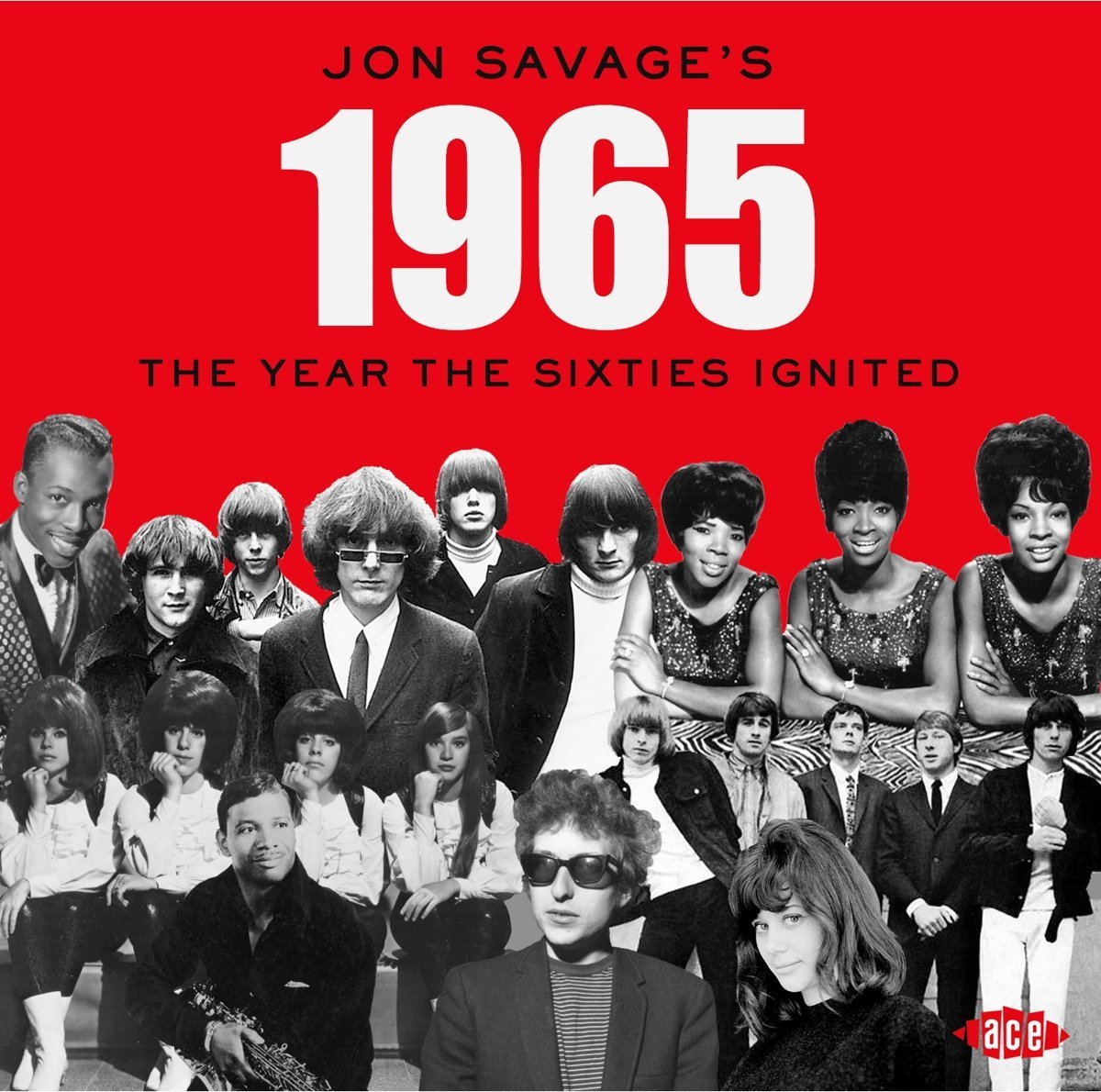 It all began with 1966. A couple of years back musicologist Jon Savage published a weighty tome analysing the music of that the year and the impact it had on culture, society and politics and vice versa. It was soon followed by a similar look at 1967 and, as a tie in Ace Records issued a couple of double CD sets that anthologised the music that Savage was writing about.

Now Ace and Jon have moved on to 1965 and released a wonderful 2 CD, 48 track collection of some of the best of the releases of 1965 – “the year the sixties ignited”, according to the writer.

Make up your own minds about that one, but be assured that the album contains some mighty fine, memory jogging, emotion stirring music. Needles to say, there’s plenty of fabulous soul from people like Marvin Gaye, Booker T and the MGs, Wilson Pickett, Edwin Starr and James Brown. The Godfather’s contribution is ‘Papa’s Got A Brand New Bag’ and what a tune it still is. Nestling here amongst its contemporaries, it’s like none of them; in fact it’s like nothing else, before or after…. a total one of and still monumental. By the way the album also offers a rare, early Sly (Stone) cut – ‘Buttermilk pt1’.

You also get plenty of great pop from names you know and love (the Everly Brothers, the Hollies, the Animals, the Small Faces, the Yardbirds amongst them) and from names you don’t know but whose music you’ll love – like ex Searcher Tony Jackson’s feisty version of Benny Spellman’s ‘Fortune Teller’.

Musically, 1965 was all about the Beatles and Bob Dylan. Licensing (I’m guessing) means there’s nothing from the Fabs but there’s the Silkies’ folksy version of their ‘You Gotta Hide Your Love Away’ and plenty of Dylan. Enjoy his ‘From a Buick 6’ and covers of ‘If You Gotta Go, Go Now’ and ‘The Girl From The North Country’.