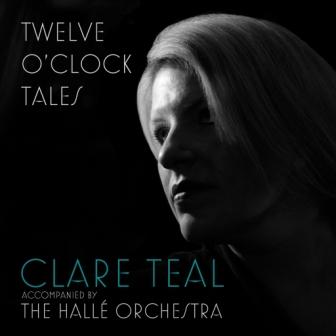 UK jazz chanteuse, CLARE TEAL will be releasing her latest album on August 19th and ‘Twelve O’clock Tales’ is reported to be the Yorkshire singer’s most ambitious project to date.

The album has been recorded with Manchester’s Hallé Orchestra alongside a big band ….93 musicians in total. The music was conducted by Stephen Bell and arranged by composer and trumpet maestro Guy Barker and jazz pianists Grant Windsor and Jason Rebello.

The album title is taken from Billy Strayhorn’s ‘Lush Life’; one of the albums’s featured songs. Other cuts include ‘Secret Love’, ‘Feeling Good’, ‘The Folks Who Live On The Hill’ and ‘I’ll Never Stop Loving You’.