WARD’S RIGHT THERE WHERE HE SHOULD BE …. 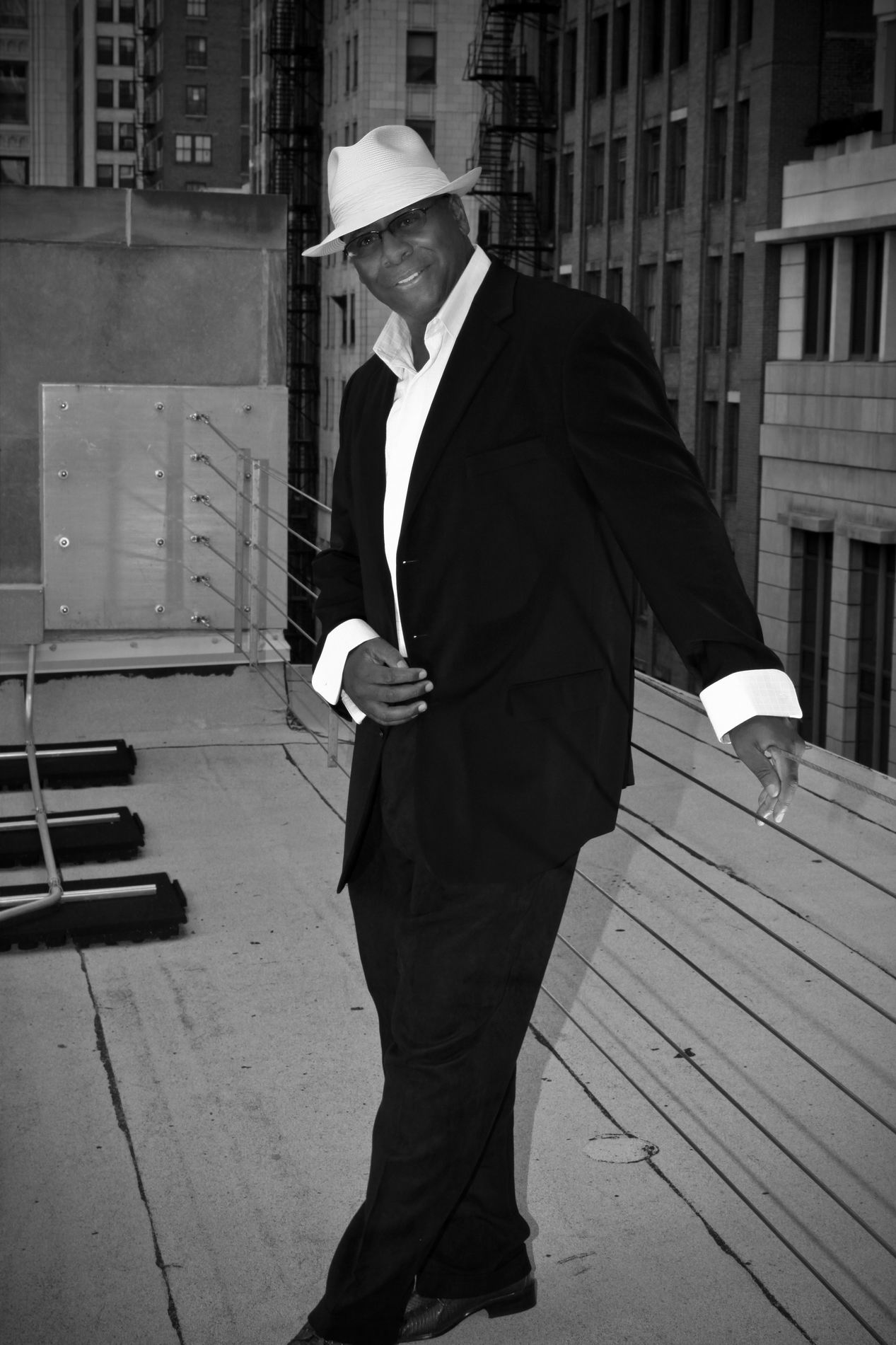 Genial Chicagoan WARD BROWN is best known for fronting BROWN’S BAG. The outfit released two mighty fine modern soul albums – ‘Labour Of Love’ and ‘Soul Satisfied’ and both were acclaimed by the soul cognoscenti . For the past few years WARD’S been working on a major solo project. Working with RAYMOND EARL (of INSTANT FUNK), the set – ‘Where I Should Be’ – is almost set for release and those who’ve enjoyed a sneak preview concur that the LP will finish as one of 2011’s very best soul albums. www.souljazzandfunk.com caught up with WARD to find out more about the exciting project, but first, for those unfamiliar with him and his work we wanted some personal background……

I’m WARD BROWN; my first release was ‘Labour of Love’ and following that album I released ‘Soul Satisfied’. They were credited to BROWN’S BAG. I was born in Chicago and still reside there. I grew up living next door to MUDDY WATERS and after hearing him and his band rehearse when they were in town and watching guys like JAMES COTTON, PAUL BUTTERFIELD and all the blues guys, I caught a music bug that I just could not get rid of. I started playing drums with bands throughout Chicago at a very young age, which led to writing songs and working with several record companies around town. Somehow that blossomed into singing and playing guitar, owning a recording studio and eventually here we are with ‘Where I Should Be’ – an apt title … don’t you think?

Tell us a little about your music background …. who were the soul artists who influenced and inspired you?

I was born into a family of musicians. My oldest brother played keyboards and sang, the second oldest was an incredible bass player and singer and during that time I was one of the better drummers in the area. I really don’t know how it happened, but we always played music. My early ambition was to make it to the cover of Modern Drummer magazine, then I started following the careers of guys like NARADA MICHAEL WALDEN and seeing that a lot of drummers were actual producers too. Somewhere during that time TSOP, MFSB, INSTANT FUNK and the Philadelphia sound really grabbed me and I found myself listening to the big production soul sound…Philly International, BARRY WHITE, etc.

Tell us how you got from there to BROWN’S BAG.

Like I said, I first started playing drums with my family as well as local bands around Chicago. That led to tons of session work in must studios throughout the Chicagoland area (I was the go-to drummer). Somehow I started writing songs with a record company called Black Hole Records which lead to me singing. I was never really serious about singing as I really wanted to focus on drumming and song writing. These experiences led me to open commercial 24 track recording studios which led to me working with people like AL HUDSON AND ONE WAY, POP STAPLES, etc. My production skills were growing and I decided to try my hand and release an album on myself. That’s how Brown’s Bag was born.

Tell us a little about BROWN’S BAG…

BROWN’S BAG was a real soulful kind of thing. We developed some very good stories and turned them into classic soul love songs. The nucleus of the band is still very much intact and honestly, we keep evolving into something new all the time. In the future, BROWN’S BAG is planned to be the backup band for me, WARD BROWN. Currently, that task is being handled via RAYMOND EARL AND INSTANT FUNK.

During the BROWN’S BAG era you were working with UK label SOULCHOONZ –why did that relationship end?

First let me say that I am forever grateful to DI-LEE of SOULCHOONZ. She is a true friend who believed in me enough to do some incredible things with our album ‘Soul Satisfied’. Our relationship is not over; we just needed to do things differently. During that time, SOULCHOONZ was a new company and I had lots of growing to do (musically and production wise) and in order for both of us to accomplish our goals (individual and business) we had to do that separately. However make no mistake; I’m here largely due to SOULCHOONZ and because of that, I will forever have a certain loyalty to them. Who knows, the future could easily find us making records together again.

Now your new project – what can you tell us about it?

‘Where I Should Be’ is the new album and might I say this album was MEANT TO BE. We (EARLY PARK ENTERTAINMENT) faced every adversity imaginable and moved through them like men of dignity and respect. People have attempted to block this project, cause damage and create conflict within our team but we persevered and delivered a quality soul album. It took four years of hard work, countless studio hours, flights back and forth to Philadelphia to Chicago but we did it and believe me, I am most certainly ‘Where I Should Be’.

How did you get involved with RAYMOND EARL?

RAYMOND EARL and I were introduced through a mutual acquaintance that thought we should work together. At the time I couldn’t believe it, me having such a love for TSOP having the opportunity to work with one of the guys behind the sound of TSOP and MFSB not to mention INSTANT FUNK. Since our acquaintance and working together we have formed an unbreakable bound and brotherhood that will certainly last the rest of our lives and beyond.

What was your motivation this time around?

I really wanted to raise the bar for myself and do a high quality album with great stories and beautiful melodies. I wanted the production to sound like Philadelphia International with a bit of Chicago influence mixed with the modern sounds of today.

Your music – if I might say – is proper modern soul with its roots in the classics of the past. How difficult is it for artists who make such music to get a break these days?

It’s very difficult. However, I find that once you have a listen and become a fan, you are with us forever and that’s what’s important to me. Think about it…what we do we always go back to…the classics..right. The classics was that melody that you can’t get out of your head, that phrase that sticks with you after you hear it once…and when you revisit it…it’s like an old friend waiting to sit and talk for awhile. So, although it may be a little more difficult to catch a break, it’s well worth it when you do.

What do you hope for the album?

I hope this is the album that defines WARD BROWN. Over the past four years, I had a lot of growing to do and I’m proud to say that with this album and the help of Raymond Earl I achieved just that. The title of this project says it all…’Where I Should Be’ . This and so much more is what you can expect from me…I now see myself as fine wine…we just won’t serve it till the time is exactly right.

What does the future hold forward WARD BROWN?

Music, music and more music… We have plans of taking this album on the road and I’m extremely excited to be working with INSTANT FUNK live. After that, we plan to buckle down and bring another album. The only thing is…we don’t expect the next one to take four years.

WARD BROWN’S ‘Where I Should Be’ is released on Early Park Entertainment at the end of May and will be available on I-tunes and through all the usual soul outlets.