UP CLOSE WITH LUCA: part 2… 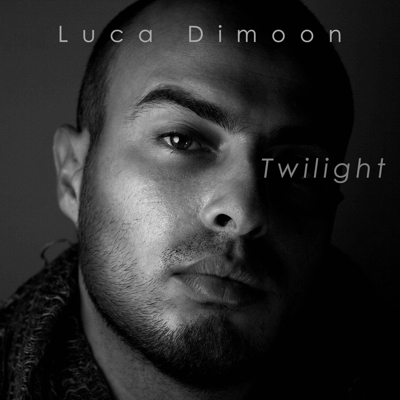 LUCA DIMOON is an Italian soul singer who’s currently working on his second full album, ‘Telescope’. Two cuts from the album have already been made available and are making waves on the underground soul scene. They are a moody, nu-soul reworking of the STYLISTICS’ classic ‘People Make The World Go Round’ and ‘Twilight’ – an original song that has made critics make comparison with MAXWELL and D’ANGELO. We recently caught up with LUCA to try to find out what inspired a Milan-born singer to embrace the moods and mannerisms of modern American soul. First though we needed to know something about the man’s background……..

I was born and raised in Milan in an American neighborhood and my home was filled with many musical influences. Jazz music was always played and we had multiple instruments which helped me recognize the magic of music at a young age. Beginning at the age of six, I began bringing my walkman wherever I went and at the age of eight, I was singing along to the songs I was listening to. The director of my local church choir suggested to my mother that I join the choir. At twelve years old, I started to make my first recordings on cassette tapes. By the time I was sixteen, local DJs started showing interest in my tapes and this was when I was told to pursue singing as a profession. At first, I didn’t really consider it because I was studying fine arts. A couple of years later, I moved to London to check out fine arts colleges and the UK music scene. After a few months of conflict between the two, I decided to give up fine arts and take the music path instead. This is when I wrote my first songs over instrumentals from different producers and it is also at this point that my live performances commenced. My father influenced me indirectly but deeply because I witnessed him painting, listening to jazz music and reading literature and his lifestyle proved that anyone can make a living simply by doing art. I absorbed these various influences and this is why art is all I have done for a living.


What musicians have really influenced you?

You’re from Milan – but then went to London – and I think you also have a base in New York… why New York? And how difficult has that three-way-thing been in building a credible career?

Based on the depictions of NYC in movies, I was always attracted to the city. While in London, I was encouraged by the THE HARLEM GOSPEL CHOIR to take a chance and move to New York. They were on tour in Europe and suggested that I consider coming to NYC after they heard me sing. Traveling between these three major cities helps me to spread my music on an international level. Thanks to that opportunity, It allowed me to perform and share my music in other cities such as Moscow, Paris, Buenos Aires, Marrakech etc.

Tell us about your first album

You’re now working on a second LP – ‘Telescope’ –what’s this one going to be about?

In my second album, ‘Telescope’, I dig even deeper into my spiritual and musical exploration while defining a more personal artistic identity. This time, I challenged myself further by writing, composing, producing and mixing most of the songs on my own. I did it this way to allow myself complete freedom of expression and the ability to create all the songs as I wanted to. On a few tracks, I collaborated with other talented musicians and artists.

Previews are offering your version of ‘People Make The World Go Round’ – how do you go about trying to make a song as well known as that one sound so different to what we normally expect from versions of it?

I chose “People Make the World Go Round” because I felt the need to revamp this classic song into a new sound, with a futuristic and edgy appeal.

How would you define your sound and where does it fit into the current soul scene?

I don’t really like defining music, because it is difficult to put my music in one box. I would say it’s a blend of soul, funk, jazz, with a twist of electro. I believe it’s like contemporary soul or perhaps what they used to call Neo-Soul.

Where would you like to be in 12 months time – career wise that is ….and how do you aim to get there?

I would like to tour around the world to promote my second album, collaborate with great musicians and share my music with the world.