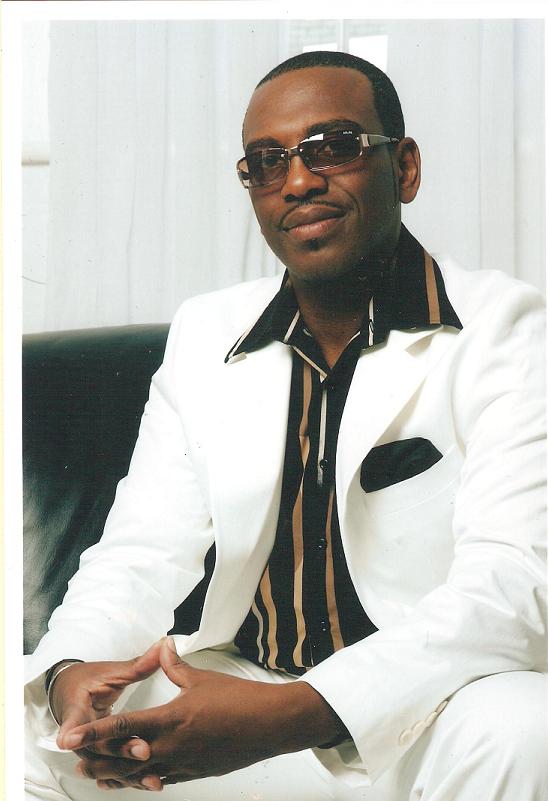 South London’s NOEL MCKOY is a true UK soul hero… sadly, though, many of his achievements go unsung. Maybe things are set to change with his latest album, ‘Brighter Day’ now making big waves. Success, though, has not been an overnight thing. NOEL’S soul odyssey, you see, began in earnest back in the late 80s when he recorded with his three siblings under the obvious name, McKOY. Prior to that he’d dabbled in reggae and rock but the recordings with McKOY led to high profile work with the JAMES TAYLOR QUARTET, JULIET ROBERTS, MICA PARIS, BEVERLY KNIGHT and EBONY ALLEYNE. In the meantime NOEL also developed his own solo work and recorded acclaimed sets ‘Mind Is The Keeper’ and ‘Please Take This Personal’.

More collaborations followed – notably with THE SOUNDS OF BLACKNESS, NU COLOURS, SNOWBOY, MARK MORRISON, OMAR, COURTNEY PINE and LINTON KWESI JOHNSON. Why, NOEL even became a back up vocalist for SIR CLIFF RICHARD who said of him, “His voice soars above many of his contemporaries and his ability to incorporate moods into his songs is a very special talent”. Through all this NOEL also ran his own night club, The Dutch Pot, and his own record label. Last year he released that new solo album – ‘Brighter Day’, which is being re-promoted on the back of some great remixes and after headlining at the JAZZ CAFE in a special AL GREEN tribute night , SJF caught up with the ever-busy McKOY to find out more about that album … an unashamed celebration of old school soul. We wanted to know was that the prime intention….

Most definitely I’ve always wanted to record an album fusing all of the great soul genres and this was my chance to do just that.

A lot of your songs on the set seem based on specific classics or the work of specific artists… ‘Brighter Day’ itself has a feel of SAM COOKE’S ‘Change Is Gonna Come’, while elsewhere there are hints of CURTIS MAYFIELD, BOBBY WOMACK, THE O’JAYS etc… Was that intentional

Once again – yes… I tried to emulate the melodies, phrases, lyrical content, and most of all the production of that era. I think I did  OK. BLUE (INCOGNITO’S BLUEY MAUNICK) and SKI (OAKENFOLD) did a great production job on the single ‘Jealousy’ giving it that ‘Back Stabbers’ feel. And as you pointed out ‘A Change Is Gonna  Come’ and ‘Brighter Day’ blended nicely.

Last year both MAYER HAWTHORNE and RAPHAEL SAADIQ released albums that made the same connection with classic soul… were you aware of them….did they influence your work?

Yes I was aware of both of them and I actually went to see RAPHAEL perform the songs from that album and was really inspired, plus taking into account that I had recorded the song ‘Brighter Day’ 5 years prior I felt this was a good sign.

How is the album doing?

The album is doing fine… it’s sold lots more since me doing the festivals and certain live radio shows “and there’s still millage left in the old dear yet” so all in all I’m a happy bunny!

Why have you chosen ‘Jealousy’ as the lead single – and how did you select the remixers for the project?

‘Jealousy’ became the single just through the mere fact of the response it got every time I’d perform it live – it’s one of the punters’ favourites. And re: the remixes I have been fortunate to know some great producers / remixers in the game so it was a case of making calls and sending parts. I could have done more than the 13 mixes which were used.

Musically, so far – what would you consider your biggest achievement?

There have been some great moments like working live with some of the greats like LYN COLLINS, GLADYS KNIGHT, GEORGE CLINTON/  FUNKADELIC, STEVIE WONDER and KIM WESTON to name a few,  writing the script / songs for ITV’s Children’s serial ‘Running Loose,’ also co writing & singing the  BBC 1994 Commonwealth Games theme tune, ‘The Brave’ ….  and so many other highlights which have spanned some 30 years in the business.

I’ve grown to understand that you have to learn from your disappointments so yes I’ve had some but the good experiences out number them by far.

An obvious question – what do you make of shows like X Factor creating stars overnight… while genuine artists like yourself seem to struggle – or am I wrong …. Is it a struggle for you to get to where and what you want?

Well they are what they are! I have not seen anyone from the show that really moves me in the way that some of my students have done…but it makes people happy and sad so it’s good telly I suppose. I myself have never struggled in this industry I have kept up with my game and I am always offered work across the world so I give thanks for that.

Finally what does the future hold for NOEL MCKOY?

More recordings – look out for the new MCKOY album early next year. The first single is a Christmas song co written with ROB HARDT from COOL MILLION called ‘This One’s For You” (Christmas Time.)’ And the launch of my online store plus projects with various artists/producers from across the globe.

NOEL MCKOY’S ‘Brighter Day’ is out now… for a full review and more news on NOEL, go to the search engine on the top right of our web page.