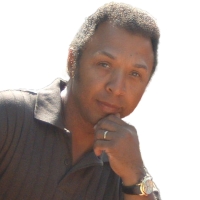 Chris Jasper is the soul fans’ soul man. In the 70s and 80s he was an integral part of the Isley Brothers and of course went on to become one third of Isley-Jasper-Isley. Now running his own label – Gold City Music – he’s a respected solo artist and has just released a brand new album – ‘Inspired’ (see our reviews archive). What better time, then, for SOULJAZZANDFUNK to catch up with him and learn more about ‘Inspired’ and his award-winning career. In this, the first part of a two part interview with Chris, we go over his time with the Isley Brothers… but first a bit of background….

CHRIS: I was born in Cincinnati, Ohio on December 30, 1951 and became interested in music when I was around 7 years old. I used to listen to different songs on the radio and play them by ear on the piano. I was fortunate to take piano lessons from a professor at the Cincinnati Conservatory of Music. My mother made that connection for me. She played piano and my uncle was a first violinist for the Cincinnati Symphony Orchestra. In those days I used to listen to songs by Ray Charles, Sam Cooke, Jackie Wilson, Marvin Gaye, and many of the other Motown artists. They were all a big influence on me.

You were friendly with members of the Isley family back then weren’t you?

Yes, the Jasper family and the Isley family lived on the same street in Lincoln Heights, a suburb of Cincinnati. Rudolph, Ronald and O’Kelly were older than I was, so I was more friendly with Marvin and Ernie because we were closer in age. My sister, Elaine, married Rudolph Isley so we became linked by marriage too. Elaine and Rudolph lived in Teaneck, New Jersey and I’d visit in the summers and I even spent my junior year at Teaneck High School. It was during this time that I formed a group with Ernie and Marvin called The Jazzmen Trio. We used to play locally, at high school events and churches, playing a lot of the popular songs that were out at the time. I played piano, Ernie played drums and Marvin played bass.

So, from Cincinnati to Teaneck… then on to New York’s famous Juilliard Academy… what was it like studying there?

I actually auditioned for Julliard after I graduated from high school in Cincinnati and I majored in music composition. Julliard was a very interesting experience because of all of the talented musicians that went there. But because the composition department was rather strict in that they focused on atonal music, I felt that it was a bit limiting for me. I wanted to compose many other types of music as well. So, while I was at Julliard, I heard that jazz pianist Billy Taylor and composer Raoul Pleskow were teaching courses at Long Island University, C.W. Post campus in Long Island, New York. This seemed like a good opportunity to explore jazz and other types of both classical and contemporary music. So, I took advantage of that and completed my bachelor’s degree in music composition there.

Take us through that time between graduating and hooking up with the Isley Brothers….

While we were in college, Marvin, Ernie and I were already playing on the recording sessions with the older Isley Brothers. ‘The Brothers Isley’, ‘Givin’ It Back,’ and ‘Brother, Brother, Brother’ were some of the recordings we played on. We were about 15, 16 at that time. I mostly played piano back then. The Isley Brothers of course were a vocal trio at that time. They had their own band leader/arranger and a band at that time. We were new additions to the band at first, but as time went on, we became equal members of the group. The three original brothers were impressed our ability to play our instruments and compose original music.

Expanding the line-up, starting their own label (T Neck), changing musical direction (from the smooth Motown sound to a harder hitting funk) and adopting a new look were all major changes – whose idea was that….

The older brothers formed the T-Neck label in 1969 when they were with Buddah Records. At that time, they were still a vocal trio and didn’t play instruments or write much original music. Marvin, Ernie and I brought the musical and composition component to the band. It was the older brothers’ idea to join the two bands to make one self-contained band.

And the new extravagant look – the hippy style clothes and so on….?

That was what was happening at the time. It certainly wouldn’t be something that would work now, but that was the style then. In fact, one of my outfits is on display in the Rock & Roll Hall of Fame in Cleveland, Ohio.

What was it like for you working with such a famous group with a great history…?

It was a great experience because a lot of their songs would be played on the radio because they had prior hits, so that was exciting, to hear yourself on the radio.

Did Ronnie, Rudolph and O’Kelly allow you to have any major input into their musical direction then?

Not at first, I was playing mostly playing piano. But on ‘Brother, Brother, Brother’, I wrote my first song, which was ‘Love Put Me On The Corner.’ The more we played, the more input we had.

You eventually got to write anthems like ‘Fight The Power’ and beautiful ballads like ‘For The Love Of You’ and ‘Between The Sheets’… how did you put those things together.

Starting with the ‘3+3’ album, Ernie, Marvin and I started to write more original songs. ‘Fight The Power’, ‘For The Love Of You’ and ‘Between The Sheets’ came together in stages, from a basic chord progression and then the melody, and then the lyrics usually came last.

And what do you think of the numerous cover versions there have been of your songs?

As far as covers are concerned, I always appreciate when another artist chooses to do another version of a song that I wrote because there are thousands of songs to choose from. Whitney Houston did a great cover of ‘For the Love of You’.

Talk us through some of the highlights of your time with the Isley Brothers…..

To start with, all of the albums from 1973 to 1983 could be called the highlights for me because composing songs and recording new material is the thing I most enjoy about the music business, and most of those albums went gold or platinum. But I guess, as far as touring is concerned, the 1977-1978 tours would stand out because we promoted those tours on our own and they were mostly sell-outs. And, of course, being inducted into the Rock & Roll Hall of Fame in 1992 was a major highlight.

… And what about the lows? Any major disappointments?

I guess the way the group ended was a big disappointment. The financial inequities were a major factor in the breakup.

Tell us about that…

In 1984, the six of us had a meeting. The older Isley Brothers were having money problems and wanted to file for bankruptcy and break the contract with CBS. Marvin, Ernie and I didn’t have those same problems and didn’t want to file bankruptcy. Because of that disagreement, and other financial inequities, the group had to split up. We stayed with CBS and formed Isley-Jasper-Isley, and recorded our first album, ‘Broadway’s Closer to Sunset Boulevard’. We were very disappointed when the older Brothers sued the three of us and CBS in an attempt to prevent that album from coming out, but we prevailed and Isley-Jasper-Isley continued recording for CBS.

What do you think Chris Jasper brought to the Isley Brothers?

The three younger guys brought a new musical direction, and most of the songs were my ideas, including the title tracks to ‘Live It Up’, ‘The Heat Is On’, ‘Showdown’, ‘Go For Your Guns’, ‘Go All The Way’, and ‘Between The Sheets’. The so-called ‘Isley sound’ has been attributed to the way I voiced the chords on many of the lush ballads, which a result of my classical were training. I would use different degrees of the scale that were typical of pieces written in the romantic period by Debussy and Ravel, which gave a different flavour to the music. And, of course, Ernie’s guitar playing added another rock texture to the music that wasn’t there before.

In the second part of this interview Chris will talk about his time with Isley-Jasper-Isley and his successful solo career.