THAT’S WHAT FRIENDS ARE FOR – AL JARREAU REMEMBERS GEORGE DUKE 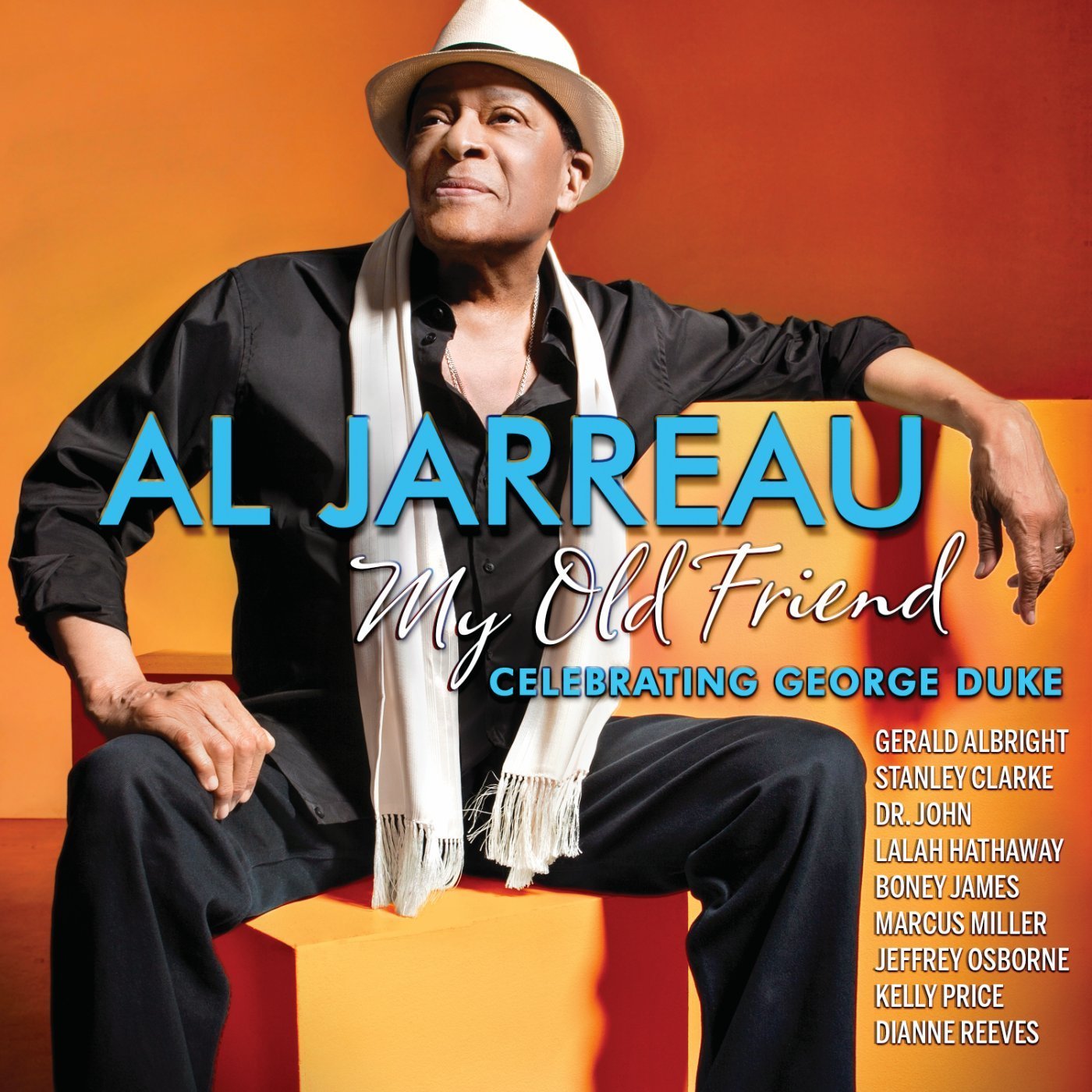 Do you have a favourite album among all the LPs you’ve made?

They would have to be favourites because of this or that or the other. Certainly, I’d have to point to a couple of favourite early albums because ‘We Got By‘ was the one that got me out on the map and made the first statements about who this young singer was, who was a little bit jazzy, a little bit country and a bit rock ‘n’ roll. It was a very important record for me. It announced my coming on the scene and a lot of people still point to songs from that record and all the special circumstances surrounding that as a piece of music and the sentimental notion of ‘We Got By.’ It’s still important and relevant as we speak.

Then, you know, shortly after that high on my list is ‘Look To The Rainbow.’ That really showed me off as a live performer and an improvising singer/performer with jazzy roots. My first record ‘We Got By’ was very studio produced but on ‘Look To The Rainbow,’ my third record, is this guy there standing up singing like a horn (laughs). So a lot of people pointed at that record and went ah-ha! For me, that’s the one because it is so improvised and so in your face so early on. That’s how a lot of people discovered me and it’s their favourite.

And how do you not point at ‘Breaking Away‘ because it was crossover music that represented finding a new audience? I may have found some jazzers with ‘Look To The Rainbow’ and ‘We Got By’ and I may have had this handful of jazzers that were going “hey, he’s one of our guys,” but when I did ‘Breaking Away’ I sang this pop music and people discovered me as a pop singer with some R&B roots. That was quite a moment for me to find this other audience that I wanted. It was apparent to me in both earlier records that there were R&B and pop leanings in what I was doing. It was apparent to me and I thought it might have been apparent to others but it was a surprise  to a lot of people when this other pop side popped out and I’m sitting there going, “well, what did you think was going to happen?” So those three things are surely on my favourites list but I’m telling you, I can run my finger down the rest of the list of records that I’ve done and they are for various reasons important records. How do I not put an asterisk alongside the Metropole record? (‘Live’ on Concord from 2012). That’s an orchestral record and deserves a huge asterisk. It’s music that people know as well as some new things but with an orchestra.

What was it like recording with a full orchestra?

Scary. I’m still shaking and my knees are still knocking. When we did several performances of that record my knees were still knocking. Vince Mendoza, what a great arranger. When we performed those songs I was still rehearsing those arrangements. Vince wrote them in an obtuse, left-handed style, and a lot of things that were not a part of my original thinking. He’d say: “Al, don’t come in there where you used to do. I want you to come in here so we’ll give the listeners something new and fresh and trust me it will be a great listen.” So that’s what I had to learn. And every time you sing with an orchestra it’s a challenge but the result is beautiful. It’s a new listen for people so yes, scary in some respects. Vince Mendoza is a master and wrote some stuff that finally did have the effect of making me shine.

Do you have any unfulfilled musical ambitions?

Well, if we had been talking four years ago that would have been on the list, to record with an orchestra, and yeah, there’s still stuff to do. Hey, man, just figuring out what the opening chapter of my biography should be.

Have you started work on it?

Yeah, I’m going to write something. There are some things to do. I’m really just finding my connection – I have my fingers crossed right now – with my Brazilian audience. That has been slow in coming. They fell in love with rock ‘n’ roll back in the early 80s and so traditional Brazilian music had to wait a while for them to kind of settle down and be open to who they are. And so I’m getting a chance to sing music that comes from the Brazilian tradition and introduce myself, kind of, for the first time to them and so somewhere in the future is a record that I’ll do of some sort with Brazilian players. I’m not sure what it is yet but it might take the form of ‘Brazilian Love Affair,’ the record that George (Duke) did; something like that excursion with Brazilian music and me and what I do. So I think that’s coming sometime in the future. I could come up with a list of things. I did a lyric for Bach’s ‘Air On A G String.’ I’ve got to record that and I’m trying to figure out how to make that part of some project. But once again, it’s an unnecessary lyric (laughs) but I think it will open that piece of music up to choral singing at Christmas. It leans in the direction of inspirational and sacred music. There’s that and then I’m thinking of other projects I have on a list over there behind the other list (laughs). The main thing Mr Waring is that I wake up every morning full of fire for the work. I wake up every morning and I’m talking to myself saying: times-a-wasting, times-a-wasting and that’s a thing to be grateful for.

Are you more conscious of time running out after you had a health scare a few years ago?

I had a little episode. It lasted 10 days. People made much more of it than it really was. I found myself in front of doctors who shook their finger in front of my face and said you’ve got to stop doing this and you’ve got to stop doing that. So I stopped doing this and that and then went out and did ninety minutes on stage after a week’s stay in the hospital where they stabilised what was going on in my heart and wrote a song with Deodato called ‘Double Face’ and went in the studio and recorded that four days after I got out of the hospital. Then shortly after that, three days or four days, I went and did ninety minutes on stage and I haven’t stopped since. But I bought a pharmacy (laughs). Oh man, if you saw the handful of pills I take three or four times a day you’d say “I guess you aren’t hungry, Al!” (Laughs). So I wake up happy and I’m glad about the day and the music that I’ll get to do and there’s not much more you can ask.