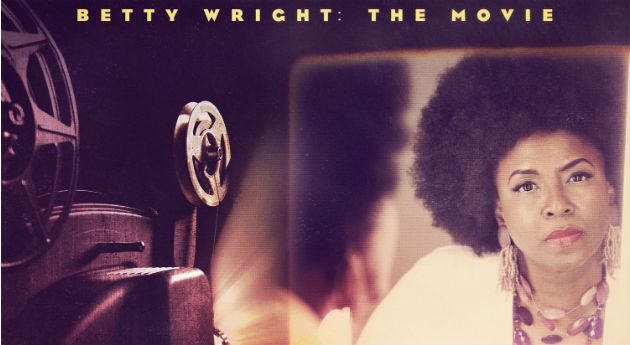 Going back to ‘Clean Up Woman,’ it’s a song that’s still popular today. Why do you think it has lasted so well?

It’s a life story. I think songs that are timeless are songs that people can relate to. Thinking about relationships is the crux of my music. They’re songs about people. When you have a song that tells a story and it’s a character song – like ‘Clean Up Woman’ and ‘Eleanor Rigby’ – they last forever. A song on the new album, ‘Hollywood,’ is about a woman that’s literally selling her body to feed her babies. So these songs last because people relate to them; they know somebody like that. They’ll say that’s my cousin, that’s my aunt, or even that’s me.

When did you first have an interest in songwriting?

When I was about four years old I was writing with my mum and writing little sonnets and short songs but always writing poetry.

Did you ever learn to play a musical instrument at all?

Yeah, I play little piano, and a little drums, a little guitar – a little of everything. I touch all instruments but I’m primarily a guitarist, like my mother and father.

What projects have you got lined up after you finish promoting your current album?

Well, right now I’m working on most of the artists that are within my writing camp called The M.O.S.T. (an acronym that stands for ‘Mountain Of Songs Today’) and that’s a whole lot of artists. Two are with me in London – Rayshele Shane and Aisha Wright, my daughter. They have a group called Aria and their music’s like R&B but with an infusion of country and a little tad of inspirational style music. They are definitely storytellers and all great writers. Also, I’m working with a girl called Priscilla Renea, who is an amazing singer/songwriter out of Florida, who’s had hits on Rihanna and Beyoncé, Mary J. Blige. She’s a great writer but you’re talking about an awesome singer. And I’m also working on just making sure that the Wright family legacy continues and the family that I birthed under my MOST camp and doing the gospel group, Revelation SEED (Separate Entities Eternally Delivered), a group that met in the prison system and now go about saying that God can heal and that he can give you a second chance. I’m also working on my foundation, which is dedicated to my son Patrick, who I lost when he was twenty-one. I just keep it moving. I also do a church service at my home every Thursday called Thankful Thursday.

You sound like you’re always working but what do you do for relaxation when you’re not doing music?

I paint. It’s usually with my roller brush. Here in this hotel (in London), I’ve taken down all the other people’s pictures. I brought my own pillows and sheets and blankets, painted about six pictures and I didn’t drop a dot of paint.

What sort of paint do you like to use?

I like oils and acrylics. I just started painting old clothes when I was a kid and then I stopped for years and didn’t paint at all. And then my godson, who I encouraged to paint with me on hats and clothing, he now has a whole gallery. When my mum started getting really ill and when she died in September of 2010 that’s when I kind of rebooted and started painting because I had a lot of quiet time. Painting’s really good for that. When I listen to music it always evokes a picture. 95% of the time I don’t draw anything in particular. It’s abstract and then sometimes I’ll add something very exact that I want to do, and I’ll do that.

After music and aside from the painting, do you have any unfulfilled ambitions to accomplish something else in life?

Yes, I hope in the near future to produce and direct a movie. Each song will hopefully become a movie. I think ‘Go’ will be the first one.

Will you play yourself?

I don’t want to. Syleena Johnson – Syl Johnson’s daughter – has asked (to do it) and someone said Janelle Monae would be a good choice. But we’ll see.

‘Betty Wright: The Movie’ is out now via S-Curve Records.